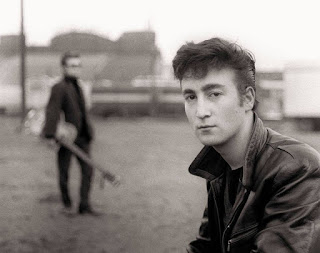 Depending on when you read this, you might still be able to catch Phil Angotti and Friends playing John Lennon’s entire Rock And Roll LP at Reggie’s tonight on State Street. Angotti recently did a terrific job performing Paul McCartney songs at the Apple Jam Stage at Fest For Beatles Fans - Chicago. He’ll be backed by a horn section at Reggie’s with other special guests joining in on stage.

Minstrelpalooza returns to Durty Nellie’s in Palatine for its third installment on Saturday, September 23. Subtitled The Very Best of ’81, this celebration of the Minstrels music store in Niles will once again feature the hard-edged and satirical power pop group Van Go. Other acts will certainly be involved, although I don’t see any listed on the Facebook  page yet. The event is free and will run from 1:00 p.m. to 7:00 p.m.

Congratulations to Laurie’s Planet Of Sound on its 20th Anniversary. To mark the occasion, the record store is showing The Monkees’experimental film Head and the lesser-known comedy Record City this Sunday at the Davis Theater. Tickets are free and available at store, which is located at 4639 N. Lincoln Avenue in Chicago. Laurie’s Planet Of Sound has become an essential part of Record Store Day festivities each April, with in-store performances by local acts like Dolly Varden, The Romeros, The Handcuffs, John San Juan, and Phil Angotti.
Posted by Terry Flamm at 9:47 PM