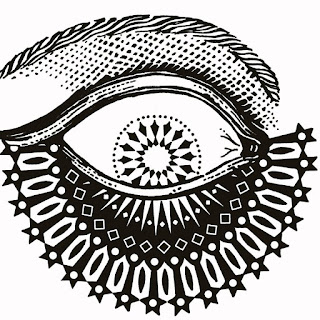 Singer-guitarist Jimmy Rane brings his hard-edge power pop band The Viaducts to FitzGerald’s in Berwyn tonight, where they’ll be joined by the Wooly Rhinos and Allegra Malone. The music starts at 8:00 p.m.

It seems like only yesterday the Kaleidoscope Eye Festival Of Modern Psychedelia was a gleam in vocalist-bass player Tim Ferguson’s eye as we talked before his band The Red Plastic Buddha blew away the crowd at International Pop Overthrow - Chicago last April. Ferguson, Gregory Curvey from the critically acclaimed Detroit-based psychedelic rock band The Luck Of Eden Hall, and writer/photographer Lee Klawan now have all the pieces in place for the festival’s debut next weekend at Live Wire on Milwaukee Avenue. Fifteen bands from around the country and representing various facets of psychedelia—“nearly every combination you could imagine,” according to the Facebook page—are scheduled to perform Friday and Saturday. Single day and weekend tickets, as well as deluxe packages and merchandise, are available at the Kaleidoscope Eye Festival website.

The Polonia Festival takes place in Jefferson Park over this Labor Day weekend, and one of the highlights is sure be the Tributosaurus becomes Tom Petty show tonight. Other bands will be going the tribute route at the Polonia Festival, including Heartless as Heart; Reely Dan as Steely Dan; American English as The Beatles; Beggars Banquest as The Rolling Stones; and CTA as Chicago.

Jefferson Park is once again also hosting the annual Chicago Fringe Fest, which opened last night and will offer 47 shows over the next two weekends at The Gift Theatre; Windy City Music Blackbox Studio; Jefferson Playhouse; and The Congregational Church of Jefferson Park. Those interested in attending will need to buy an admission button for $5.00 (only one is needed for the entire festival), as well as a $10.00 ticket for each show. There are also 4-pack, 10-pack, and unlimited package deals.

The Windy Kitty Cat Cafe And Lounge at 1746 W. North Avenue in Chicago is hosting a fundraising event from 6:30 to 9:30 tonight and tomorrow night that will also offer a preview of the soon-to-open venue. WGN radio personality Steve Dale is on hand tonight, and Chris Poole, whose Facebook page featuring his cats Cole and Marmalade is gaining popularity, will be there tomorrow night. The $30 admission price for each night also includes hors ‘doeuvres, refreshments, a silent auction and raffles. Once it officially opens, The Windy Kitty Cat Cafe and Lounge will give people an opportunity to enjoy beverages while visiting with up to 10 cats available for adoption.

Power pop masters The Smithereens will return to The Arcada Theatre in Charles on Saturday, September 16.

The recently announced 2017 – 18 season at the Prairie Center for the Arts in Schaumburg includes a double bill of The Love Generation 1967 – 1970 and the Joe Cocker Tribute Band on Friday, September 29. According to a promotional email from Prairie Center for the Arts, the former features local musicians covering The Beatles, Rolling Stones, Aretha Franklin; The Doors, Jefferson Airplane, and other late 1960s acts. Derrick Procell leads the Cocker tribute.

Sons Of The Silent Age, a highly polished David Bowie tribute band that comprises veterans of the Chicago rock scene, has a gig coming up on September 22 at Wire in Berwyn. New, a tribute a tribute act honoring the 1970s German electronic rock outfit Neu!, will also be on the bill.
Posted by Terry Flamm at 9:35 PM