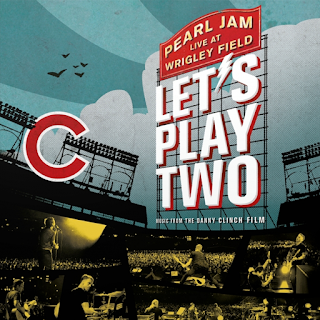 Congratulations to the Chicago Cubs on winning their division for the second year in row and making the playoffs for the third year in a row. That kind of thing happens to this team about, oh, once in a century.


According to various reports in the media, actor Bill Murray is hoping to portray manager Joe Maddon in a movie about the Cubs’ 2016 championship season. In the meantime, Murray has a gig with acclaimed cello player Jan Vogler at the Chicago Symphony Center on October 10. The full-page ad in this week’s Chicago Reader notes the show will offer a “spirited evening of music and literature” and “readings of classic American poetry and prose.”

The third annual Irish American Movie Hooley kicked off tonight at the Gene Siskel Film Center and will run through this Sunday. The films The Dunning Man, Emerald City, and The Young Offenders will be screened.

Local alt rock band whitewolfsonicprincess will host a night of rock and roll at The Store venue at 2002 N. Halsted in Chicago tomorrow. Parallelicopter and The Remember Knots will also be performing. Earlier in the day, whitewolfsonicprincess will do a 3:00 p.m. show as part of Project Adoptable’s The Doggone Music Festival at IO Theater on Kingsbury in Chicago. Admission is $20, which includes a drink. Project Adoptable is celebrating its first year of saving dogs through adoption.

Chris Hillman, an original member of The Byrds, will be performing along with Herb Pedersen and John Jorgensen next Friday, October 6, at The Old Town School Of Folk Music on Lincoln Avenue.

The Fab Faux will be performing A Hard Day’s Night in its entirety, along with other Beatles tunes next Saturday, October 7 at The Vic Theatre.

Martyrs’ on Lincoln Avenue has an eclectic four-act event coming up next Saturday. October 7 with the sci-fi, high energy music of Tomorrow The Moon, the catchy, coed indie rock of The Handcuffs, the rockabilly sound of The Amazing Heeby Jeebies, and the hard rock/punk of Samson The Aviator.

The Dayna Clay Project will host the Unplugged: A Survivor’s Story In Scenes And Songs Book And Album Release - Benefit Show on Sunday, October 22 at City Winery Chicago. The event starts at 1:00 p.m. According to the Chicago Tribune, the book was inspired Kurt Cobain.

Cheap Trick plans to release a holiday album titled Christmas Christmas on October 20. The 12 songs will be a mix of original music and covers, including “Silent Night” with an arrangement by Robin Zander and Julian Raymond.

This Is This, a local band that took its name from The Deer Hunter and who recorded a couple of albums of catchy originals, will be doing its final show on October 21 at Buffalo Creek Brewing in Long Grove.

The 53rd Chicago International Film Festival runs from October 12 to 26 at AMC River East 21, just north and east of the downtown area. In addition to screening movies from every imaginable genre and location, the event will offer tributes to Patrick Stewart of Star Trek: The Next Generation and X-Men fame, and iconic English actress Vanessa Redgrave. Regular screenings are $15; special presentations are $20; there are discounts for seniors or students; and multiple-show passes.

Tickets went on sale today for the Celebrating David Bowie concert with Mike Garson, Adrian Belew, Gerry Leonard and others on February 23 at The Vic. Also available: Noel Gallagher’s High Flying Birds at Chicago Theatre on February 24; Rhett Miller and Matthew Ryan at City Winery Chicago November 30; Badfinger’s Straight Up performed live with Joey Molland at City Winery Chicago on November 20; Morrissey at the Riviera Theatre on November 25; and Robert Plant and the Sensational Space Shifters on February 20 at The Riviera Theatre.

Congratulations to the organizers of Minstrelpalooza on a successful third installment of celebrating the Minstrels music store. The crowd at Durty Nellie’s in Palatine last Saturday was in a festive mood for a series of 30-minute sets by The Gus Adonis Band; Cracked Actor; Cliff Johnson With The Raine; Van Go; and others.

There’s a new expanded edition of XTC’s Black Sea album on the way, according to writer Mike Duquette on The Second Disc website. The bonus material will include seven additional songs, including the previously unreleased “Let’s Ban The Bomb” and the non-LP single “Take This Town,” as well as videos for “Towers Of London,” “Generals And Majors,” and “Respectable Street.” Duquette also notes that people in the U.K. will be able to watch a new XTC documentary called This Is Pop on October 7.

As noted by staff writer Nina Metz in the Chicago Tribune, Chicago performers Chris Redd and Luke Null have been added to the cast of Saturday Night Live. Writer Gary Richardson will also be joining the show, which has its season premiere tomorrow night.

As listed in the new issue of the Illinois Entertainer, new albums are due out in October from Liam Gallagher on the 6th; and from Beck, Robert Plant, St. Vincent, and Tegan and Sara on the 13th. The October issue of I.E. also has Tom Lanham’s interview with Little Steven Van Zandt; a positive review of the new Sticks and Stones album by Kevin Lee And The Kings; and a full-page ad for the 4th Annual Chicagoland Vintage Guitar Show, which takes place November 19 at the Copernicus Center. Admission is $5.

I’ve been wondering what Matt Smith has been up to since his successful take on The Doctor on Doctor Who, so I was glad to see he’s now portraying Philip, Duke Of Edinburg in the Sony Pictures television series The Crown.

Music On Stage will present Little Shop Of Horrors, featuring Broadway actress and Tony Award nominee Felicia P. Fields as the voice of Audrey II, at Cutting Hall in Palatine starting October 14. The play will be directed and choreographed by Frank Roberts, with musical direction by Bobby Dietz.
Posted by Terry Flamm at 10:32 PM

Terry -- thanks for the shout out for the Dayna Clay Project's "Unplugged: A Survivor’s Story in Scenes & Songs" show on October 22 at City Winery! Hope to see you there.