Green Circles – No Room For Squares 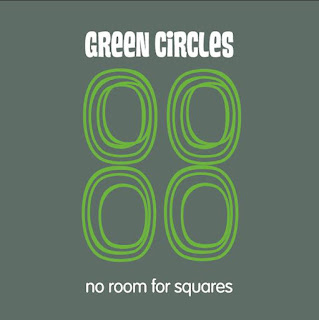 Green Circles aren’t well known outside their homeland of Australia, but the recently released No Room For Squares (available on Kool Kat Musik) shows it’s definitely worth getting to know them. The compilation reaches back to the band’s birth in 1998, includes tracks from various artists tribute albums they’ve been invited to contribute to, as well as some live performances recorded in 2013. Various lineups have come and gone over the years while Mark Gilbert remained at the helm.

Gilbert and company are so proficient at psychedelic and garage rock, it would be easy to assume No Room For Squares dates back to the late 1960s. A rampaging take on The Stooges’ “1969” reinforces that impression. “Let Me Through” has a Beatles Revolver era allure and “Long Live Sivanandi”—originally recorded by the Adelaide band Inside Looking Out—vibrates with a hippie spirituality. “Stephanie Comes” is a prime example of what Gilbert calls “pastoral psyche tunes,” and “Flown” is an exotic fable.

Green Circles, who took their name from a Small Faces song, are especially fun on the high-speed garage rock tracks. “Girl In A Morris Minor,” their official first release, and “Elevator Operator” set goofy metaphors to catchy, 1960s style arrangements, while “Tomorrow Will Be Fine,” a cover of a 1981 song originally released by fellow Aussies Sunny Boys, explodes with the feeling of losing control. The live renditions of “Kneejerk Reaction,” “Dirty Taste,” and “Five Blue Moons” prove Green Circles has remained at full power over the years.
Posted by Terry Flamm at 8:53 PM