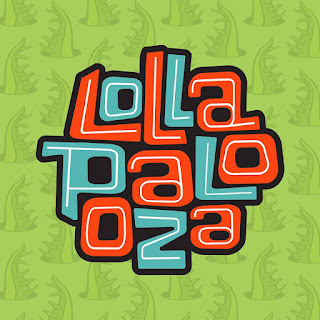 A hearty Broken Hearted Toy welcome to all the music acts and fans that have arrived in Chicago for Lollapalooza, which opened yesterday and continues through Sunday. You’ll find recommendations on which performances to check out in the daily Chicago Tribune and Chicago Sun-Times; weekly Chicago Reader and Redeye; and Innerview, a publication that shows up in record stores whenever a major festival is about to happen in town. The Lollapalooza Facebook page offers updates, and is sharing live performance videos from Red Bull TV.

In yesterday’s Chicago Tribune, writer Tracy Swartz offered extensive tips on tickets, transportation parking, items that are allowed and those that aren’t, and what food vendors will be at the fest. WXRT 93.1 FM has two of its DJs—Marty Lennartz and Jason Thomas—doing live reports from Lollapalooza throughout its four-day run.

So far, the weather has caused some problems for this year’s Lollapalooza, with Lorde’s show being cut short last night due to stormy weather. Today’s temperature barely made it out of the 50s, which is unusual for Chicago this time of year. Major acts coming up in the next few days include Tegan And Sara; Ryan Adams; Run The Jewels; Foster The People; The Killers; Blink-182; Vance Joy; Banks; The Head And The Heart; Chance The Rapper; The XX; Charli XCX; Milky Chance; and The Shins.

Well, I’ve never been to Lolla, but I kind of like the pictures. Those who weren’t able to get Lollapalooza tickets or are just curious about what it looks like can check out the Rock ’n’ Roll Summer pop-up Lollapalooza concert photography retrospective at the Elephant Room Gallery at 704 S. Wabash. It’s right next to the Buddy Guy’s Legends venue and runs through August 9. Chicago-based photographers Barry Brecheisen, Andy Argyrakis, Lyle A Waisman, and Curt Baran will be displaying their work.

Lollapalooza fans old enough to drink can purchase a festival souvenir in the form of an IPA beer bottle. According to Josh Noel in the Chicago Tribune, Stay Gold, a joint effort from Pipeworks Brewing, Interboro Spirits, and the band Run The Jewels, will be available on draft or for $10 in 22-ounce bottles at a pop-up store at 2363 N. Milwaukee Avenue through Sunday. Call 773-360-8774 for more information.
Posted by Terry Flamm at 8:47 PM