Somewhere To Be This Friday Night 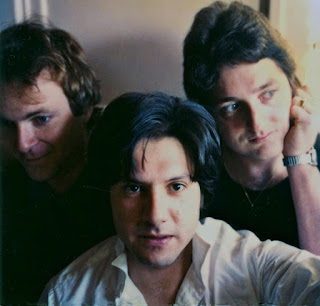 On August 11, The Arcada Theatre will present three of the Chicago area’s best-known power pop acts, along with a Tulsa, OK native who’s known for his mastery of the genre. The quadruple bill of Pezband, Shoes, Cliff Johnson and The Raine, and Dwight Twilley kicks off at 7:00 p.m. It’s another multi-act event for the St. Charles venue, which is housed in a vintage movie theatre.

Twilley is best known for the hits “I’m On Fire” and “Boys,” and his knack for melodic and energetic songs has influenced several musicians. He’s worked extensively with Tom Petty. Pezband was one of the first Chicago bands to embrace power pop music back in the mid-1970s. “Please Be Somewhere Tonight” and “Baby, It’s Cold Outside,” led by vocalist Mimi Betinis, remain classics. The band’s 30 Seconds Over Schaumburg EP—recorded at the B’Ginnings club in the northwest suburb, has great versions of original tunes and a cover of “Blue Wind/Stroll On.”

Cliff Johnson’s impressive career includes fronting the band Off Broadway, which gained national attention with impossibly catchy songs like “Stay In Time,” “Hang On For Love,” and “Full Moon Turn My Head Around” from its 1980 Atlantic Records debut On. Johnson currently performs with the veteran Chicago power pop band The Raine on the local club scene. Shoes were one of the very first successful practitioners of the DIY recording approach, attracting major label interest with their self-released Black Vinyl Shoes in 1977. Their tenure with Elektra Records produced gems like “Tomorrow Night,” “Your Imagination,” and “May Day,” before they went back to recording on their own Black Vinyl label. Their most recent effort, 2012’s Ignition, found the band performing at full power with songs like “Head Vs Heart,” “Diminishing Returns,” and Rolling Stones influenced “Hot Mess.”
Posted by Terry Flamm at 10:36 PM