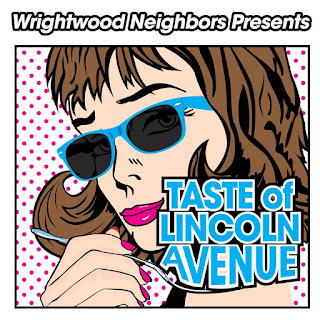 Animal Cracker. David Lowrey will be leading Cracker through a performance of hits like “Teen Angst,” “Get Off This,” and “Low,” as well as tunes from the band’s new double album Berkeley To Bakersfield at 7:00 PM at the Brookfield Zoo tonight.

The crown jewel of A Hollies Summer In Chicago arrives this coming Tuesday, July 28th when Graham Nash brings his solo show to The Arcada in St. Charles. According to an interview with Nash that Jedd Beaudoin posted on the KMUW Wichita Public Radio website, Nash will be performing songs from his days with The Hollies; Crosby, Stills, Nash and Young; and from his own efforts. Beaudoin also noted that Nash collaborated on a number of new songs with Shane Fontaine, a guitarist who toured with Crosby, Stills and Nash in 2014, for a new album that will be released later this year or in early 2016. There’s a link to the KMUW post, as well as links to other recent articles about Nash, on his Facebook page.

Tomorrow is my birthday, and if the weather is okay (a big “if” this summer), I plan to spend the afternoon watching one of Chicago’s best indie rock bands perform at the Taste Of Lincoln Avenue.  The Handcuffs are currently working on their fourth CD, and have opened for Blondie and Katrina from Katrina And The Waves. Other acts scheduled include The Samples, Freddy Jones Band, Catfight, Big Paraid (not to be confused with Ellis Clark And The Big Parade), and Archie Powell And The Exports. I’ll be giving out Broken Hearted Toy buttons to anyone who wants them.
The recently reunited Chicago coed band Veruca Salt will be performing at 8:30 PM this Sunday night as one of the final acts of this year’s Wicker Park Fest.

The 6th Annual Blue Whiskey Independent Film Festival has two more sessions at Cutting Hall in Palatine tomorrow before wrapping up its 2015 run with the Blue Glass Awards Ceremony and Blue Whiskey Chaser at the Star Cinema Grill in Arlington Heights on Sunday evening. Director Marty Madden’s drama Cotton will be screened at 4:00 PM tomorrow, and Swedish director Rouz Behnoori’s drama The Philosopher King will be shown in a later screening that begins at 7:00 PM. The Philospher King will be preceded by Falling To Pieces, a drama directed by Chris Connelly and Vivian Connelly; and Todd And Anne: Water In The Pot, a dramatic series pilot directed by Jeffery Engelson. Several awards will be given out at the Blue Glass Awards Ceremony on Sunday, and that event will be followed by a screening of director Brian Reisberg’s drama/comedy Big Significant Things. Be sure to check out the Blue Whiskey Facebook page for updates and photos.

Colin Blunstone and Rod Argent have performed as The Zombies around America in recent years (I saw them at Durty Nellie’s in Palatine when they were headlining a Little Steven’s Underground Garage-sponsored multi-band show) but their upcoming tour will be different for a couple of reasons. Original members Chris White and Hugh Grundy will be joining Blunstone and Argent as The Zombies perform their entire 1968 album Odessey And Oracle for the first time ever in the States. They’ll be at Star Plaza Theatre in Merrillville, Indiana on October 16th. Other dates on the tour include Boston; Washington, DC; Pittsburgh; Milwaukee, and Denver.

A new indie pop label called Out of Map has sprung up in France. It’s a joint venture from the band Nevski and Marie-agnès Hallé, a journalist/manager who also writes the Piggledly Pop blog. The label is still getting its act together but Nevski has a catchy new single called “Alligator” that’s now available for download on its Bandcamp page.

The new seven-inch single “The End Of The Lane” from Chicago psychedelic band The Luck Of Eden Hall literally has a story behind it. According to a video posted on KickStarter, band member Greg Curvey was inspired to compose the song after reading noted author Neil Gaiman’s book The Ocean at the End of the Lane. He was able to inform Gaiman of his idea via a mutual friend, and the author created original art to be used for the record cover. “The End Of The Lane” is now available for pre-order for $25.

Sci-fi rock band Tomorrow The Moon, the band Razorhouse, and psychedelic/garage rock band The Red Plastic Buddha will share a triple bill at Martyrs next Saturday, August 1st. It will be a release party for Tomorrow The Moon’s new Blow, Mind, Blow album. Artist/film director Tom McKeon has created a dazzling video for the the band’s new high-energy song “Miles Of Jenny” that can be viewed on the band’s Facebook page. Musician/photographer Thomas Braam (from the band Braam) took the cover photo for Blow, Mind Blow.

I’m not sure if this is an annual event, but The Viaducts are calling their gig next Saturday, August 1st at the Red Line Tap “our famous summer show.” Songs like “Drive-Thru Girl” and “Your Smiling Face (Walkin’ By In Blue Jeans)” from the hard-edged power pop band’s Mission To Destroy CD would be well-suited for such a seasonal occasion. Show time is 10:00 PM.

The Steely Dan concert tomorrow night at Ravinia has sold out but there are still some lawn only tickets left for tonight’s show. On a related note, the Steely Dan tribute band Deacon Blues will be performing at Durty Nellie’s in Palatine tomorrow night.

And remember, hipsters, you have to smirk at him when he does these things. Bono from U2 has joined forces with the Revo eyeglass company to create the “Buy Vision, Give Sight” campaign, which is projected to help prevent blindness and vision issues in around five million people by the year 2020. Bono, who was able to overcome glaucoma, said that he wants to help people who would otherwise not be able to afford the treatment they need.
Posted by Terry Flamm at 6:58 PM