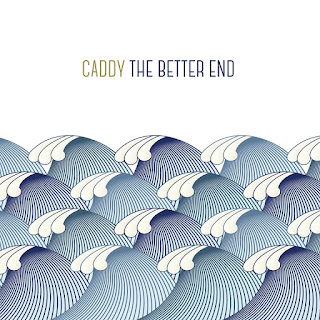 Caddy is actually one-man band Tom Dahl, and while neither of those names would ring a bell with most Americans, he’s been creating music in his native Norway since 2004. Occasionally, these do-it-yourself guys get carried away with how much they can accomplish in the studio, and that does mar some of the songs on The Better End. (Available from Kool Kat Musik.) Still there’s enough here to please power pop fans or anyone who’s into guitar-driven love songs with infectious melodies.

Caddy opens the album with the long, slow “Here It Comes Again” and while his Brian Wilson homage is ambitiously crafted with layers of vocals, a casual listener could still tune it out. Especially when it’s followed by the very similar “Fanglebenny.” The title track and “Saint-Cyr-Sur-Mer” find him using that same approach, and his ornate keyboards drift into a new age ambience at times.

On “Miss Radio,” Caddy uses his layered vocals much more effectively; perfectly timing them to exuberant bursts of energy. Imaginative lyrics like, “She talks like a beautiful symphony” compare listening to a favorite station to romance, while shimmering guitars push the catchy arrangement. Caddy also scores with the energetic “No Sudden Moves,” “Wherever You Go,” and “Chasing Clouds,” while on “Beautiful Strange,” a song about the excitement of a new relationship, he adroitly mixes in acoustic guitar and a shuffling beat. The mid-tempo “Bring It Back” evokes some of the more intricate work from Shoes, while “Into The Sun” could have been a hit back in the 1980s.
Posted by Terry Flamm at 8:26 PM