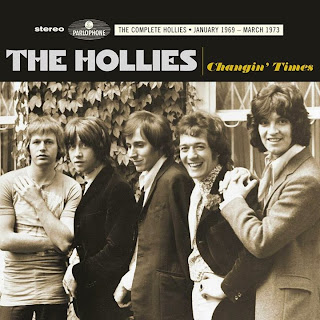 Slumgullion arrives a day early this week because there are some important Friday events to discuss, and I’ve got a full day of freelance proofreading tomorrow.

Jeff Tweedy’s Annual Benefit For Education takes place Friday, May 15th at The Vic on Chicago’s north side. General Admission tickets for this 18 and older show are $75; $150 for the VIP treatment.

International Pop Overthrow - Liverpool runs through this weekend and all the way to Tuesday, May 19th at The Cavern Club. North Americans Dave Rave, Lannie Flowers, and The Jeremy Band will hit the stage, as will a multitude of English and European acts. Aerial, Spygenius, The Backlash, and Las Annettes are also scheduled to appear. Check out IPO online and you’ll be sure to discover a bunch of fun new bands.

EXPO ‘76 and The Total Pro Horns will make a triumphant return to Mac’s On Slade in my humble village of Palatine on Friday, May 15th. As always, patrons can expect the unexpected in terms of what songs from over five decades of rock this group will choose to cover. The musicians have expansive experience in other bands like The Slugs, Poi Dog Pondering, The Service, etc, and one or two of them even know how to run a local independent record label. Sounds like a recipe for fun. Note: Previous EXPO ‘76 shows at Mac’s On Slade have packed the house, so it’s best to get there early.

So The Hollies (Official) Facebook page has revealed the identity of that new release they teased fans about on Tuesday. It’s titled Changin’ Times - The Complete Hollies - January 1969 – March 1973. The five-disc set from Parlophone will include every album track and non-album single released within that time span. It’s due out in July, and the Facebook page promises more details as the release date gets closer. Hopefully, there will be some rarities involved.

The first annual Evanston Literary Festival continues through this coming Monday at various venues around town. At Bookends and Beginnings on Friday, May 15th at 6:00 PM, Julia Sweeney from Saturday Night Live will read from her latest book If It’s Not One Thing, It’s Your Mother, and Christine Sneed will read from her novel Paris, He Said. Both writers will also discuss the writing process and influences on their work. At 7:00 PM The League of Graphic Novel Readers book club will discuss Frank Miller’s The Dark Knight Returns at Comix Revolution. There are five events on Saturday; six on Sunday; and one on Monday evening.

One if by rock, two if by roll. Paul Revere’s Raiders have a performance this Sunday night at The Arcada in St. Charles. Upcoming shows at The Arcada include Alan Parsons on May 29th; Peter Noone’s Herman’s Hermits on May 30th; Graham Nash on July 28th (already have my tickets!); Belinda Carlisle on September 9th; and The Jayhawks on September 19th.

My ever changing moods. This Tuesday, May 19th, for his second show of a May residency at Hideout Inn on Wabansia Avenue in Chicago, singer-guitarist Phil Angotti will concentrate on Happy/Sad Songs. He recently posted a request on Facebook asking for people’s favorite sad songs, so maybe he already knew enough happy ones. Angotti will be joined by Casey McDonough and Tommi Zender.

I have no idea how the Los Angeles/Phoenix band Motobunny got my address to send a copy of their self-titled debut CD, but I’m glad they did. Comprised of members of The Love Me Nots and The Woolly Bandits, the quartet’s songs recall The Cramps and The Runaways, with added bits of glam and techno rock. I’ll be giving this a full review in the near future. They have an album release show Friday, May 15th in Phoenix.

Ellis Clark And The Big Parade with special guest vocalist Ary Jeebie will headline a five-band showcase next Thursday, May 21st at House Of Blues in downtown Chicago. Hannah Frank Group, Skipping Rocks, The Mainstays, and Coyote Union are the other bands performing at this ages 17+ show. The first band goes on at 7:30 PM; Ellis Clark And The Big Parade perform at 10 PM. Tickets are $10 in advance, $15 at the door.

Guitar deity Jeff Beck will be performing at the Chicago Theatre on May 21st .

Secret Colours, Soft Speaker, The Van Goghs, and Bad Bad Meow will be performing Thursday, May 21st at Martyrs in a show benefitting Supplies For Dreams, a nonprofit organization that helps Chicago Public Schools.

Burnside And Hooker, led by vocalist Rachel Bonacquisti, has a Release Party for its new All The Way To The Devil album at The Double Door on May 22nd. The six-piece band mixes jazz, rock, and blues, along with a theatrical flair.

The Rolling Clones will be belting out Mick and Keith tunes next Friday at 27 Live in Evanston. Avant garde/indie rock band Whitewolfsonicprincess are the opening act. Whitewolfsonicprincess will also be part of a Sunday afternoon lineup at Red Line Tap on May 31st that will include Gunnelpumpers, The Rut, Citizen’s Relief, comedian Elizabeth Gomez, and The Revelettes Go-Go Dancers.

Time flies when you’re on the throne. The Throne Room, at 2831 N. Broadway, will celebrate its 1 Year Anniversary with a trio of bands on May 29th. The Blisters, featuring Spencer Tweedy, whose profile has been raised quite a bit since he’s been recording and performing with his father Jeff, are the headline act. Self-described boppop rock n rollers The Evening Attraction and indie rock quartet The Forest Fires are the other scheduled acts. Show time is 9:00 PM. Tickets are $12 at the door and $9 in advance.

WXRT recently announced that Spooner, Houndmouth, and the son/daughter duo Madisen Ward and The Mama Bear will be the acts for its annual XRT Concert at Taste of Chicago on July 11th.

Death and Memphis, a guitar-driven punk/rock and roll quartet that includes guitarist Steve Gerlach of The Bad Examples, Tomorrow The Moon, and Sons of the Silent Age, has an EP release party coming up on June 5th at Liar’s Club in Chicago.

Matthew Sweet and In Tall Buildings will be performing as part of Millennium Park’s Downtown Sound series of outdoor concerts on July 12th. Other acts scheduled include Poi Dog Pondering and Caroline Smith on June 29th; and King Sunny Ade and Matthew Tembo on July 6th.

Congratulations to Marty Lennartz on completing his first week as the new afternoon DJ on WXRT. Lennartz has the major challenge of following Frank E. Lee, who retired after over 30 years with the progressive rock station. Luckily, Lennartz is no stranger to WXRT listeners, having manned various time slots over the years as well as hosting of the weekly alternative rock showcase The Big Beat. He’s also interviewed big name acts and covered major festivals like Lollapalooza for the station.

The Second Disc website is reporting that the ABKCO label is reissuing a limited edition “Satisfaction” by The Rolling Stones as a remastered 12-inch single with a replica sleeve to mark the iconic song’s 50th Anniversary. In addition to “Satisfaction,” the record will have “The Under Assistant West Coast Promotion Man,” which was the original B-Side in America, and “The Spider and the Fly,” which was the original B-Side in England. It’s already available on Amazon for $14.98.
Posted by Terry Flamm at 9:29 PM

Thank you for mention, Terry! We're excited for our One-Year Anniversary Weekend!