Lannie Flowers - “Best I Can” 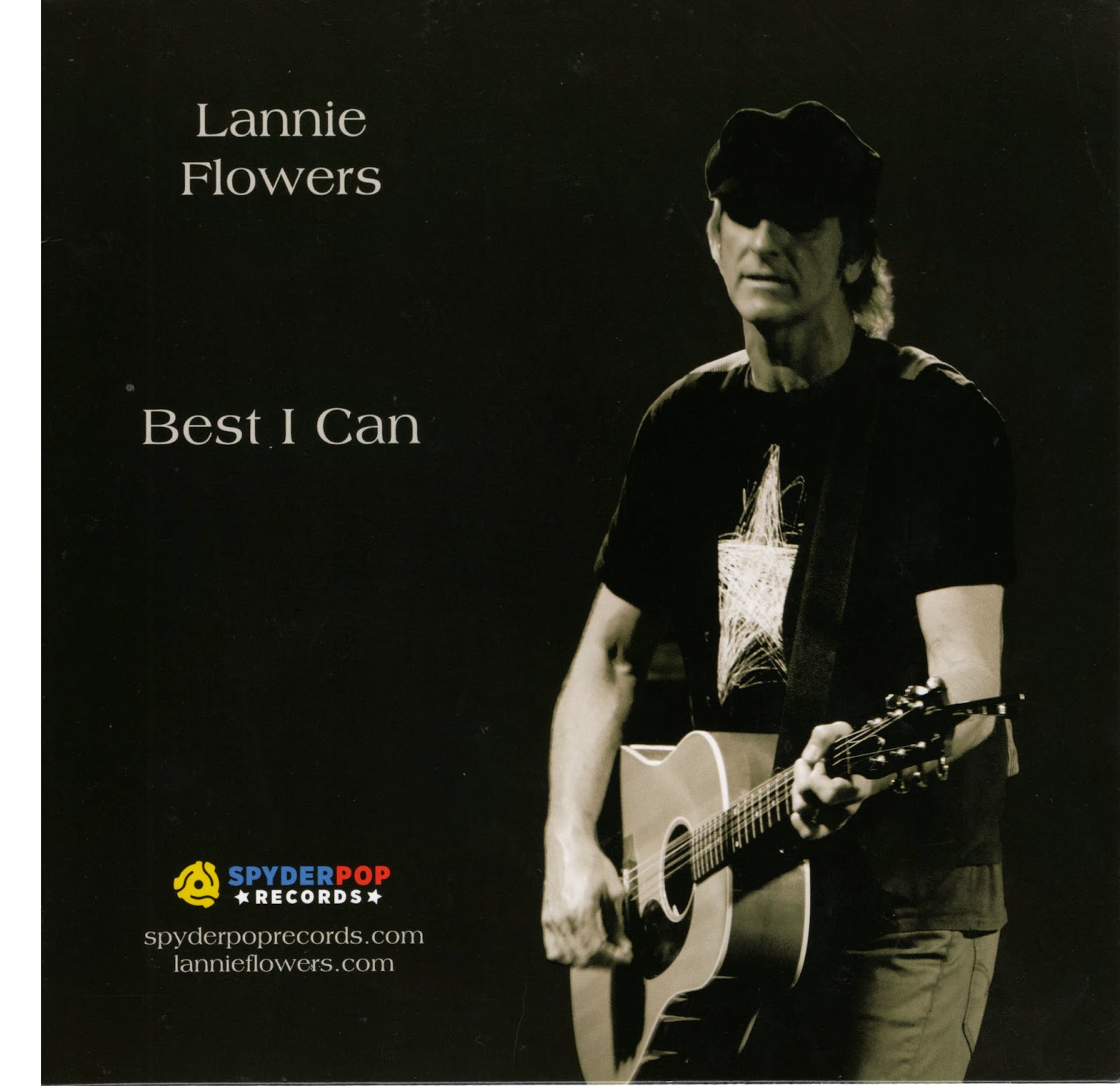 Before getting to the new Lannie Flowers single, just a quick note that folk singer/musical satirist/author/model car builder Dean Milano will be performing tonight at Mac’s On Slade in Palatine. The music starts at 8:00 PM.

It was no surprise when filmmaker Justin Fielding posted on Facebook that he had just done an interview with Lannie Flowers for his upcoming documentary The Power Pop Movie.  Over the course of two studio albums and one live album since 2008, Flowers has established himself as a master of power pop. He’s also a veteran of International Pop Overthrow, having performed in a number of cities on the festival’s circuit.

His new single “Best I Can” is a catchy, mid-tempo song from the point of view of a guy faced with a relationship dilemma that lies just beneath lines like, “I’ve got to live my life the way I choose ‘cause when you’re in it I can’t lose.” He knows this woman brings out the best in him but suspects she’s a control freak determined to make him follow a regimen for self improvement. “I guess you need less of the humdrum and more of the romance” he concludes but his insistence that he’s doing the best he can rings a little false and also kind of funny. This celebration of not being perfect is set to a guitar-based arrangement with a hint of Tom Petty, along with an almost classical interlude with piano and strings.

The more hard-edged B-Side is a faithful cover of Big Star’s “Back Of A Car,” in which Flowers is backed by some solid harmony vocals from his band members. This particular take on the Alex Chilton/Andy Hummel gem first appeared on Lannie Flowers Live In NYC, an impressive collection of songs that were recorded at the Trash Bar in Brooklyn about a month after the devastation of Hurricane Sandy. Lannie Flowers will be performing at The Red Line Tap in Chicago on April 25th as part of the final night of International Pop Overthrow - Chicago.
Posted by Terry Flamm at 4:17 PM