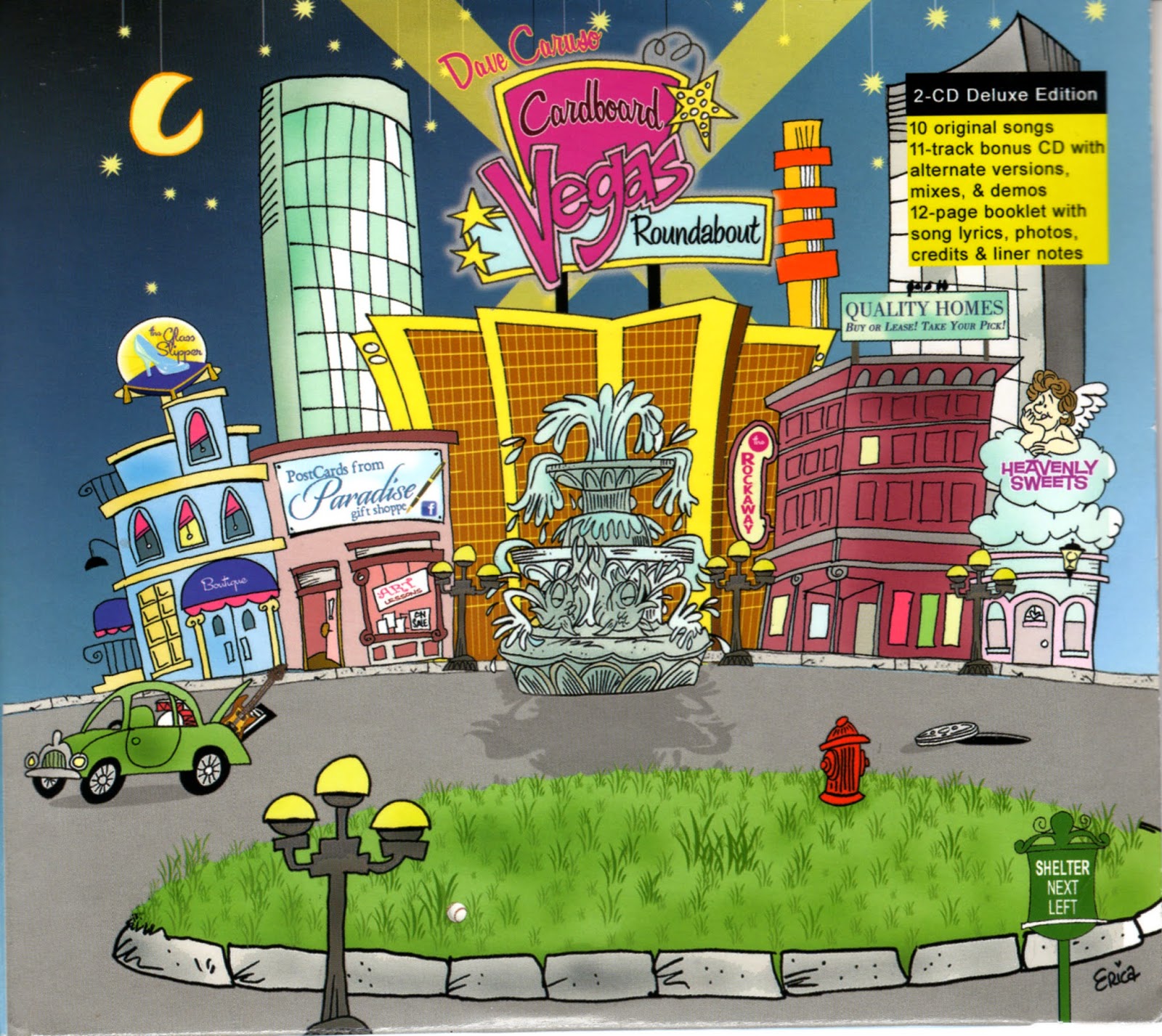 It’s impossible to miss the craftsmanship that went into this latest effort from singer-songwriter Dave Caruso. A founding member of the band CARUSO along with his brothers, the Detroit native sets articulate lyrics to gorgeous melodies. Still, for all merit to be found on Cardboard Vegas Roundabout, there are times when Caruso’s sleek styling gets the better of his material. Even the bonus Slip Road disc (as opposed to the Main Road disc) sometimes sounds too ornate when it’s supposed to have harder edges.

“The Art Of Erica” falls a bit shy of an Elvis Costello type masterpiece, and it’s definitely not the fault of the lyrics. Caruso’s putdowns are as imaginative as they are withering, but his phrasing and the song’s arrangement are just too nice. That approach works better on the breezy 1960s pop of “Champion,” and makes “Rockabye (A Rocturnal Lullabye)” all the more reassuring. “I’ve Tried To Write You” kicks off with some authentic street corner doo wop, and on “A Great Day For The Angels,” Caruso’s vocals have a touch of gospel as he delivers a genuinely heartfelt eulogy.

“Sticks Keys and Wires” is a fun look at the basics of songwriting, but it could have easily done without Caruso’s synth playing. Likewise, keyboards just add clutter to the catchy melody, ringing guitars, and blistering social satire of “Fake Friends.” The Slip Road disc doesn’t go far enough in reinventing the Main Road songs, but its does offer a leaner, and thus perfect “Fake Friends” and a stark and seductive “Mystery and Sweetness (Stripped.)”
Posted by Terry Flamm at 2:41 PM