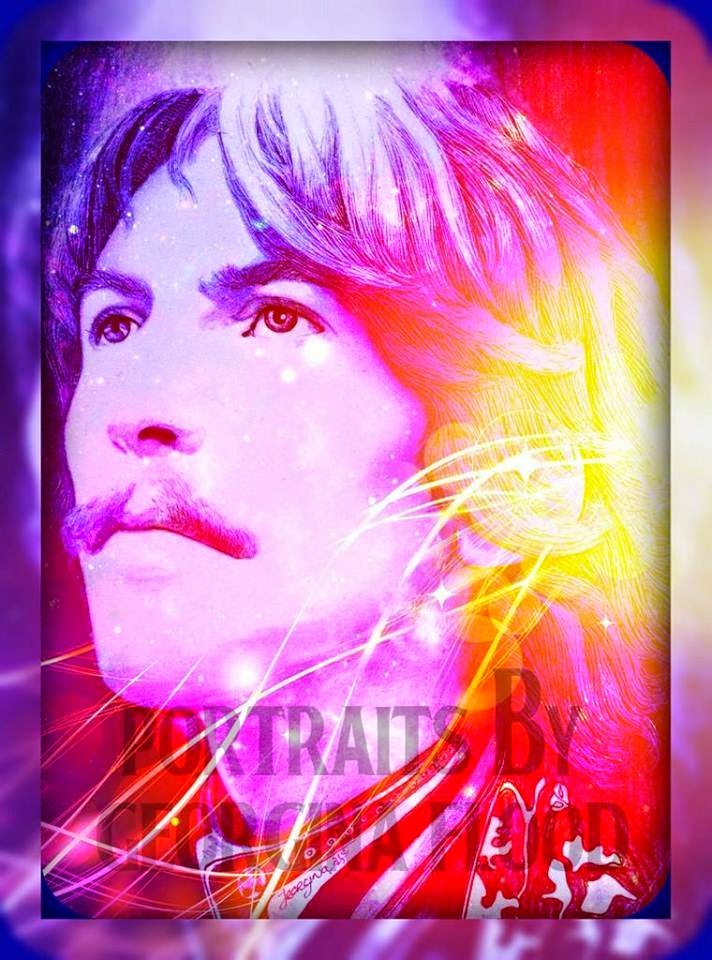 Faced with the enormous challenge of competing with the songwriting tandem of John Lennon and Paul McCartney, George Harrison still succeeded in placing his music alongside theirs on The Beatles’ albums. From there, he went on to a highly successful solo career that probably surprised everyone but himself. So let’s all raise a cup of tea in honor of his determination and achievements, as well as his search for love and peace on earth.

Today marks the first half of the two-day Celebration of George Harrison’s 72nd Birthday on Facebook. Fans are being asked to post tributes and memories of him. They can also check out video clips, photos, and inspiring art. Over 1,000 people have agreed to join in the fun, including radio personality John Rose, an expert on 1960s music and beyond.

Elsewhere on Facebook, the Remembering George 1943 - 2001 page features terrific portraits by Beatles (and other celebrities) artist Georgina Flood as well as video clips and photos that capture Harrison’s wry sense of humor. Musicians Christopher Zajkowski, Jimmy Brown, and Graham Elvis; rock photographer Lori Mikolon; rock journalist Kevin Toelle; and my longtime friend and rock expert Cindy Drozd are among the 56,335 people who have given this page a Like.

As mentioned here last Friday, there’s also going to be a George Harrison 71st Birthday Celebration tomorrow, February 25th in front of Capitol Records in Hollywood. Guests are encouraged to bring flowers and candles to decorate Harrison’s star on the Walk Of Fame.

And here are a few reminders of some non-Quiet Beatle things coming up in just a couple of days:

The Bishop's Daredevil Stunt Club will be performing at The Abbey Pub on Thursday, February 26th, along with Crybaby, Po Boy Special, and The Shakin' Moneymakers.

There’s a Throwback Thursday event at the Double Door on the 26th that will feature bands covering four completely different acts. Software Giant will pay homage to Faith No More; The Lucky Dutch are covering Led Zeppelin; the Geoff Dolce Group will bring The Pixies to life; and Phil Angotti, Eric Chial, Mike Zelenko, and Brian Stout will take flight as The Byrds.
Posted by Terry Flamm at 8:26 PM