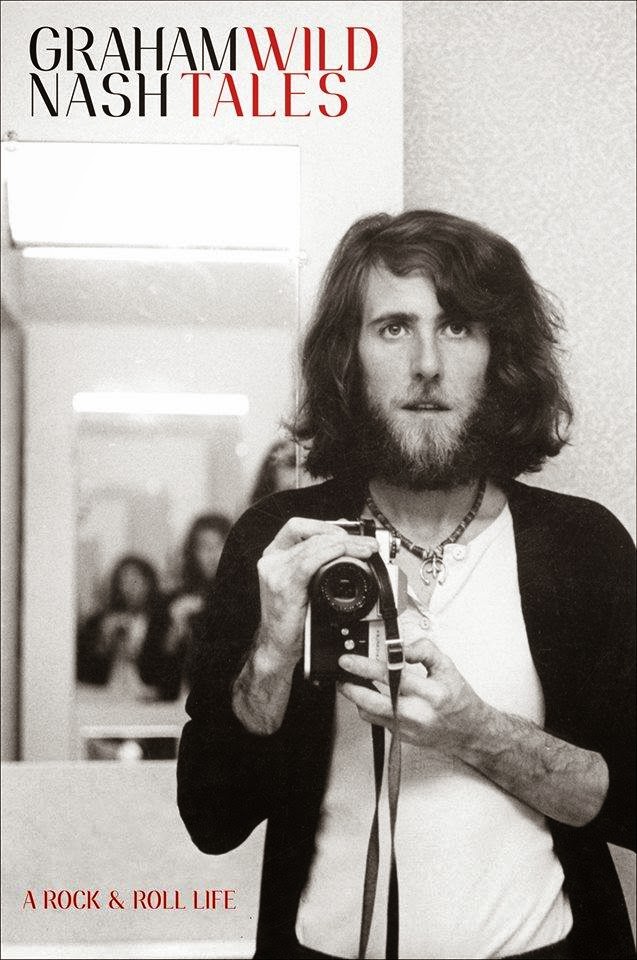 If you’ve read Graham Nash’s autobiography Wild Tales or Ken Sharp’s interview with him in the limited-edition book Play On! Power Pop Heroes, you know he enjoys sharing entertaining anecdotes about his life. I experienced that first hand when I interviewed Nash for the Illinois Entertainer in 2009.

He comes across like a guy hanging out with his mates in a pub, and occasionally the way he remembers something isn’t quite the same as the way Stephen Stills, David Crosby, or his fellow band mates in The Hollies, Allan Clarke and Tony Hicks remember it. Who can really say for sure at this point? All I know is that the way he described how the idea for “To The Last Whale” came to him will always be one of my favorite moments in all the centuries I’ve been writing about rock and roll.

On a related note, yesterday’s edition of the Sunday Morning Coffee With Jeff internet show included a rerun of the first episode of the Manchester Gallery series my wife Pam and I created for its host and creator Jeff Kelley. In the premiere, I showcased the Graham Nash puppet I had custom made by an artist I saw at The Wells Street Art Fair, and fabricated a back story of how it was lovingly crafted by an English schoolgirl/Hollies fan named Jennifer Eccles back in the mid-1960s. I would go on to create 21 episodes of Manchester Gallery for Sunday Morning Coffee With Jeff, and the Graham Nash puppet returned in the finale.

Graham Nash will be coming to Chicago on May 5th and 6th for a pair of Crosby, Stills and Nash shows at the Chicago Theatre. As I mentioned in a recent Slumgullion post, hope Nash will take the opportunity to schedule a book signing for Wild Tales while he’s in town. It would be a kick to see him sharing those anecdotes in person.
Posted by Terry Flamm at 8:17 PM