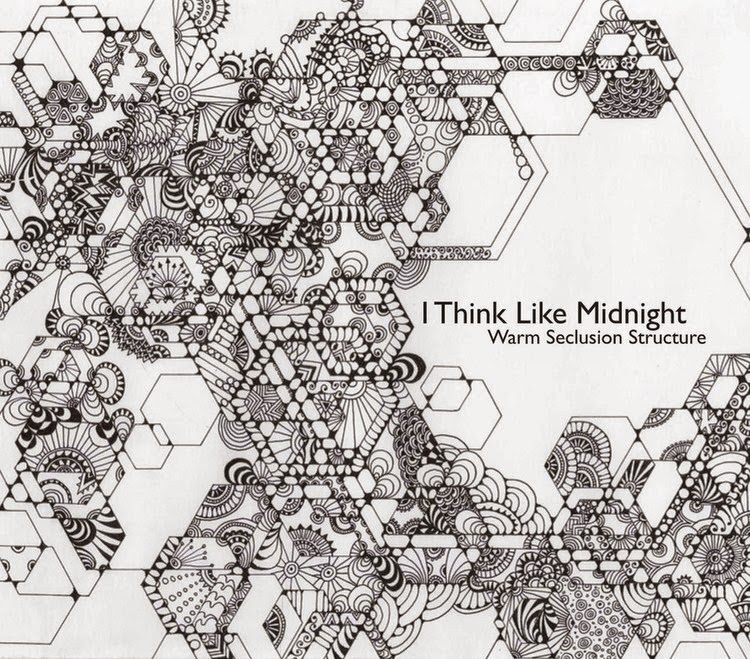 Aside from the Chicago-based quartet Pelican, it’s hard to think of many bands these days that only play instrumentals. With the release of their debut Warm Seclusion Structure, the oddly named I Think Like Midnight immediately prove they’re capable of creating compelling songs without singing. The imaginative mix of guitars and keyboards throughout this album tends toward alt rock, but there are also some appealing acoustic moments and hints of jazz.

The mid-tempo “They’re Calling For Possible Storms” and the energetic “Everyone Has A Silver Car” find I Think Like Midnight weaving intriguing textures within strong melodies. “Swiss Voltage” has an easygoing acoustic vibe, but there’s a mysterious undercurrent of mumbled voices and odd synthesizer bits and pieces. “Maiden Names” is an engaging blend of lighter guitars and keyboards playing but the reflective “Dulce de Leche” is the only track that feels more like an interlude than an actual song.

I Think Like Midnight are at their most impressive while mixing modern indie rock with a nocturnal new wave ambience on the energetic and infectious “Frictionless” and “Ground Effect Aircraft.” These two songs are prime examples of why this Philadelphia-based band’s approach works so well. Another highlight is “Block Captain,” which sets acoustic and electric guitars to a fun and driving beat.
Posted by Terry Flamm at 9:35 PM

Hi Terry! Just wanted to pop in and let you know I've always enjoyed your blog, and featured you on my blog today with a Very Important Blogger award.