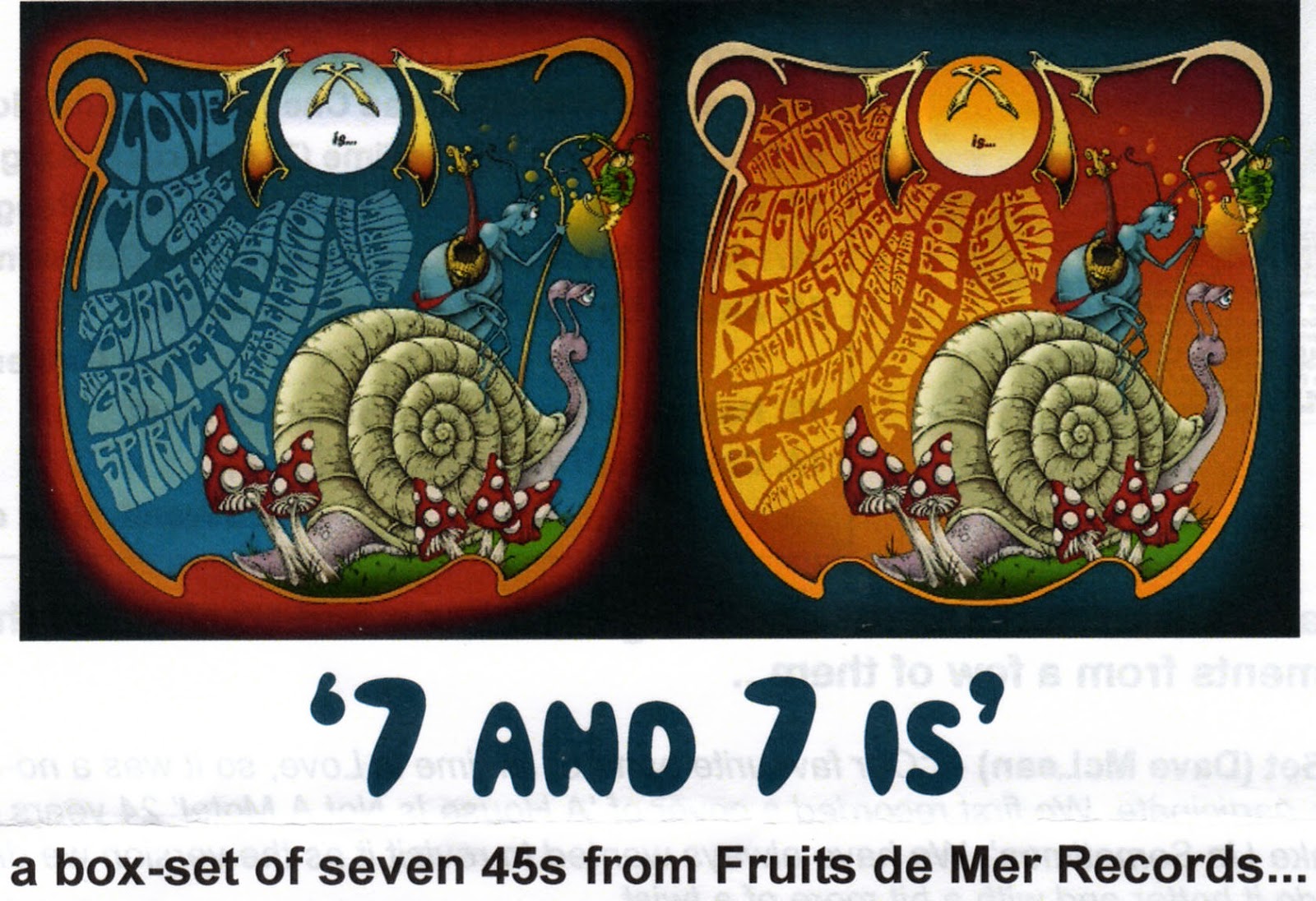 Fruits De Mer, the UK-based vinyl-only label, consistently finds inventive ways to package music from its roster of prog and psychedelic artists. A prime example is the recently released 7 And 7 Is box set, which has seven 45 RPM singles on what the press release describes as “a subtle mix of red, white and blue” vinyl. Each record in this limited-edition collection features a current band covering two songs by an American group from the 1960s (or on one of the singles, two current bands covering two ’60s bands). As with previous Fruits de Mer efforts of this kind, the music covered here is far afield from the Top Forty hits of the day.

The Higher State brings a distinct garage rock sound to “Wait For My Love” and “You Don’t Know,” which were originally recorded by 13th Floor Elevators, while The Bevis Frond takes a hard-edged swing at “Night Sounds” by Clear Light. King Penguin crafts an exotic ambience on its cover of The Byrds’ “5D (Fifth Dimension),” and Black Tempest eases into a faithful take on Spirit’s “Nature’s Way” after a few moments of distorted voices and sound effects. Sendelica opens “Hard Coming,” originally done by United States Of America, with over a minute of Jimi Hendrix style guitar heroics, and The Seventh Ring Of Saturn likewise unleashes some wailing guitar on The Grateful Dead’s “Cream Puff War.”

The Chemistry Set’s “A House Is Not A Motel” is the second take I’ve come across of this gem from Love in the past few months. (The Red Plastic Buddha covered it on their Songs For Mara CD.) The Chemistry Set also succeeds with Love’s politically infused “Live And Let Live” and even throws in a bit of The Electric Prunes’ “Get Me To The World On Time” toward the end. All in all, another adventurous release from Fruits de Mer.
Posted by Terry Flamm at 10:58 PM