The Psycho Sisters - Up On The Chair, Beatrice 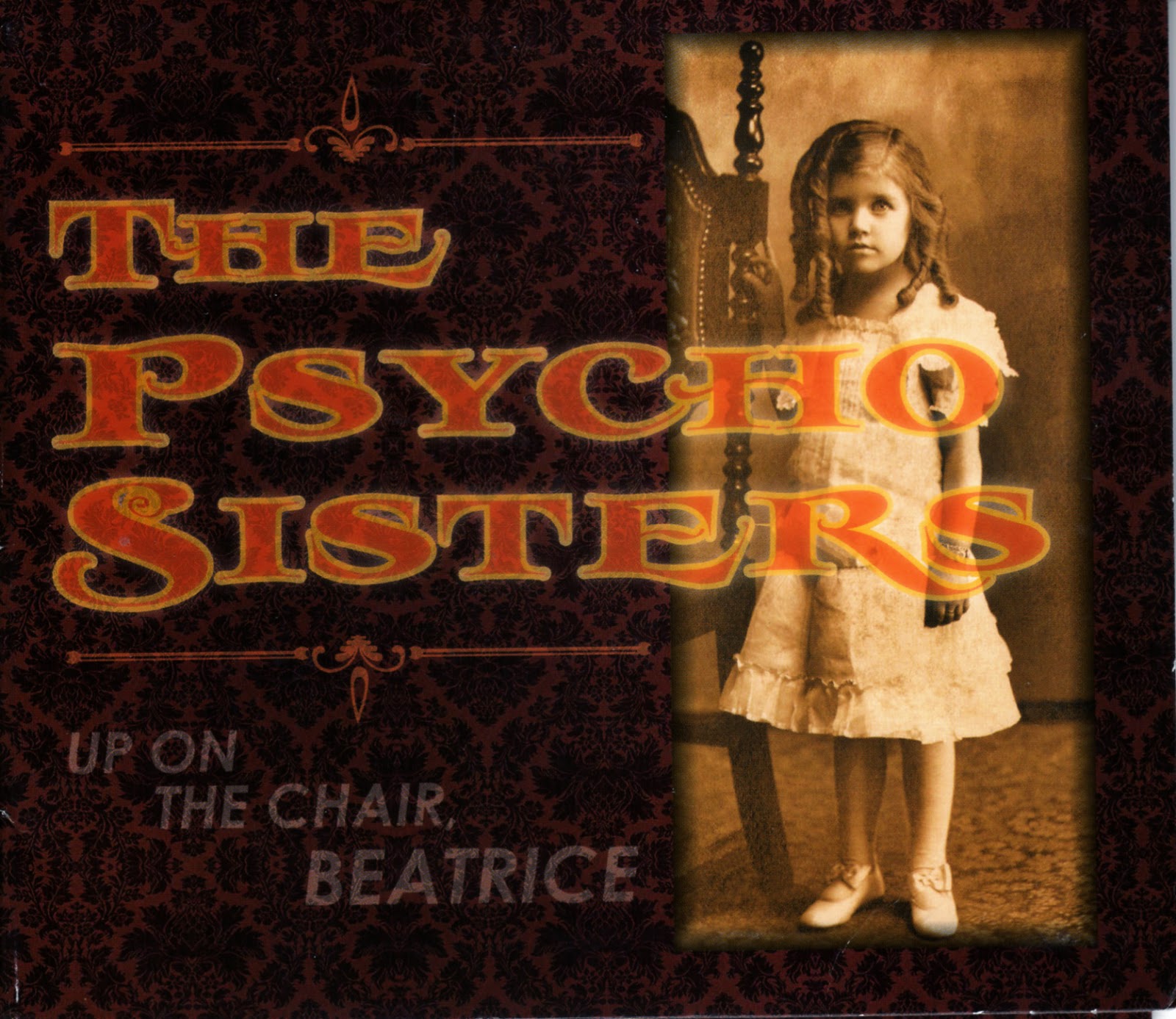 This debut effort from The Psycho Sisters has been a long time coming, considering vocalist-acoustic guitarist Susan Cowsill and vocalist-guitarist Vicki Peterson first started performing under that name in 1992. They had come from well-known bands—The Cowsills and The Bangles—and both went on to perform with the star-studded alt rock/Americana band The Continental Drifters. Apparently, with Peterson being back with The Bangles for almost 15 years now and Cowsill actively pursuing a solo career, there hasn’t been a lot of time for Psycho Sisters projects. But they’ve done one now, and it’s a gem. Backed by six musicians, including John Cowsill on drums and current Bangles bassist Derrick Anderson, The Psycho Sisters tap into Country and Western, pop, rock, and honky-tonk blues on Up On The Chair, Beatrice.

Cowsill and Peterson use playful vocals to underscore the offbeat humor of the Judi Pulver/Waddy Wachtell tune “Heather Says,” and create gorgeous harmonies on all 10 tracks. Their energetic cover of dB’s member and fellow Continental Drifter Peter Holsapple’s “What Do You Want From Me” would fit perfectly on a Bangles album, while their own composition “Timberline” and Peterson’s “This Painting” have more of a rhythm and blues feel. Cowsill and Peterson co-wrote the satirical “Gone Fishin’” and “Fun To Lie,” a more rock-oriented tune that evokes Bonnie Raitt.

Peterson co-wrote “Never Never Boys,” a toe-tapping tale of a woman who always seems to get involved with immature guys, with Bob Cowsill. Surprisingly, the two hardest hitting tracks, Peterson’s “Numb” and “Wish You,” have string accompaniment, courtesy of cellist Jack Craft and violinist Sam Craft. The Psycho Sisters’ good-time take on Harry Nilsson’s “Cuddly Toy” is similar to The Monkees’ earlier version, and closes this entertaining debut with a touch of vaudeville.
Posted by Terry Flamm at 10:17 PM