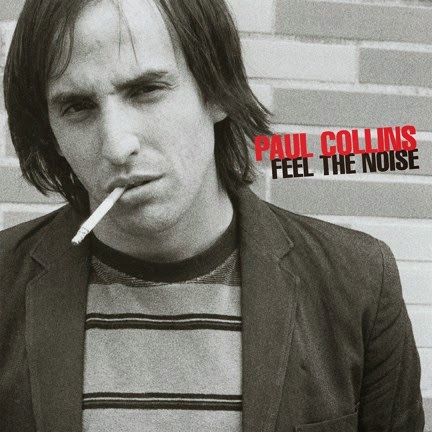 A few more items about the entertainment world.

Singer Imelda May will be bringing her uniquely vintage mayhem to the Park West in Chicago tomorrow (August 3rd) night. The soul/punk band Tracer Bullet will serve as the opening act. Showtime is 8:00 PM.

Feel The Noise, the first CD from Paul Collins since his impressive and tongue-in-cheek titled King Of Power Pop came out in 2010, will be released on September 9th. Fans can get a preview by listening to the song “I Need My Rock n Roll” on Whitney Matheson’s Pop Candy column on USA Today’s site. Collins, who was a member of the highly influential trio The Nerves before recording classic power pop tunes with The Paul Collins Beat, will open his next tour in Chicago at the Cobra Lounge on September 23rd. Other dates across the U.S.A. will include Louisville, KY, Pittsburgh, PA, and Houston, TX.

Single tickets for David Bowie Is at The Museum Of Contemporary Art are now on sale for $25. The multi-media exhibit will be in Chicago (the only American stop) from September 23rd through January 4th, 2015. Also at The MCA, as recently reported by Hedy Weiss in the Chicago Sun-Times, Bryan Ferry will join Roxy Music biographer Michael Bracewell for a discussion on September 17th. Admission is $5.00.

Now that Lollapalooza 2014 is two-thirds of the way toward being history, indie rock fans may be interested to know that single day tickets are on sale for this year’s Riot Fest And Carnival in Chicago. The annual event is marking its 10th Anniversary of coming to town by offering seven stages of cutting edge rock in Humboldt Park over the weekend of September 12 through 14th.

Considering the impressive lineup of talent, choosing a single day could be difficult. Personally, I’d be torn between Saturday, which includes performances by The Flaming Lips, Metric, Paul Weller, The Dandy Warhols, and The Buzzcocks; and Sunday, with bands like The Cure, Cheap Trick, Patti Smith, Naked Raygun, Billy Bragg, Archie Powell And The Exports, and Tegan And Sara.

Elgin, IL will be holding its very first Fringe Festival from September 11th through the 14. Local venues Elgin Art Showcase, Imago Studios, Elgin Public House, the Doctor Who-themed Blue Box Cafe, and Side Street Studio Arts will be involved in the festival, which will offer 100 performances involving art music, dance, comedy, and theatre. Tickets range from $5 to $10, and some some events will be free. Applications for participating artists are no longer being accepted, but hopefully this will become an annual event.

On October 25th, Elgin will stage its annual zombie-inspired Nightmare On Chicago Street, which incorporates live music, a costume contest, special guests, a Steampunk-themed Underground  City, and comedy clips filmed by Jeff Kelley from the Sunday Morning Coffee With Jeff internet show and podcast. I’ve had a lot of fun acting in Kelley’s zombie clips in the past, and it looks like I’ll be doing it again this year.
Posted by Terry Flamm at 11:19 PM