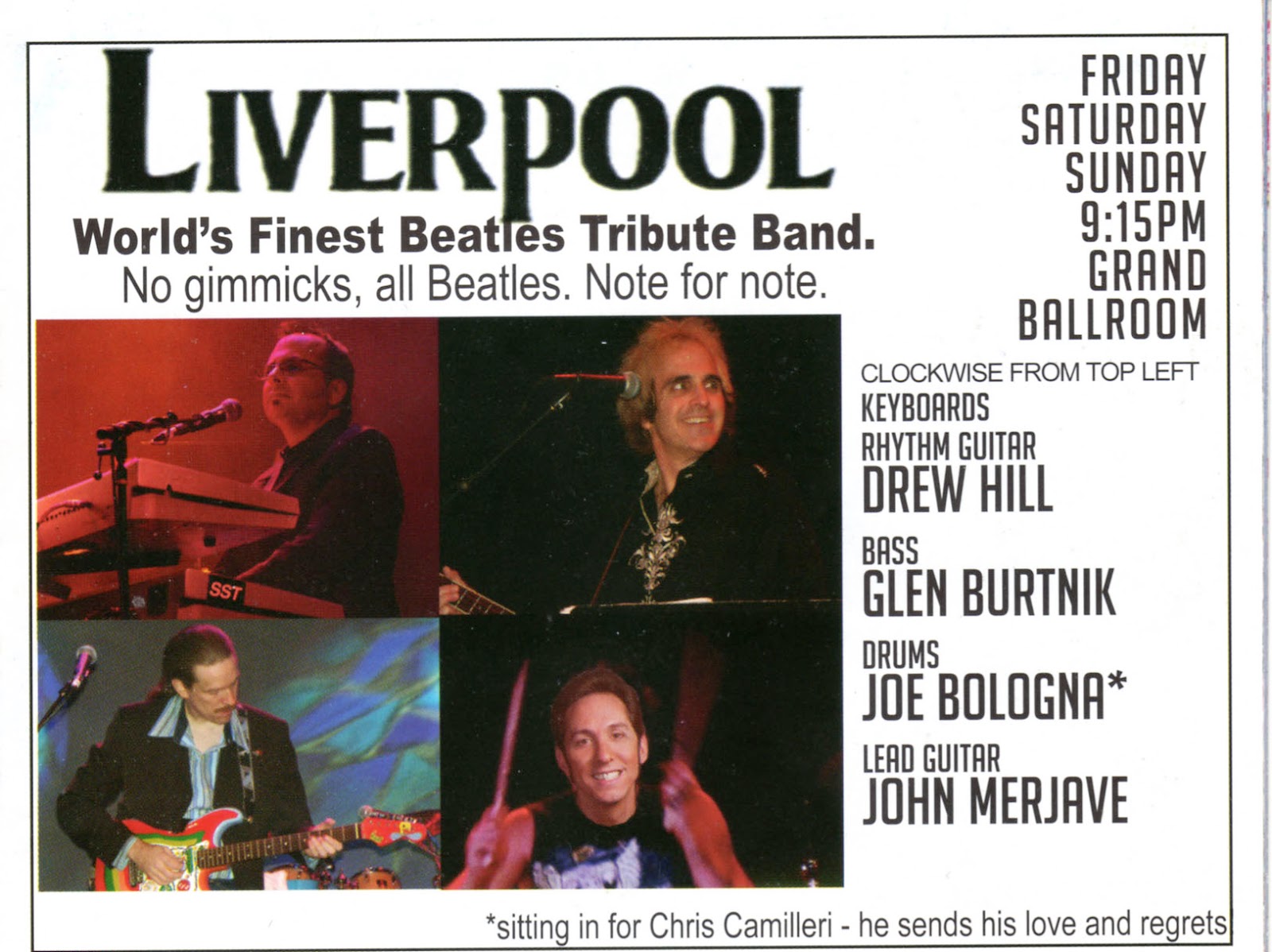 Live music has always played an important role in The Fest For Beatles Fans - Chicago. So when I went to the Hyatt Regency O’Hare this past Sunday, one of the the things I was most looking forward to was that evening’s concert by Liverpool, which would climax with the Beatles tribute band backing this year’s guests Peter Noone, Mickey, Dolenz, Laurence Juber from Wings, Mark Rivera, and Mike Pender from The Searchers. Unfortunately, I wasn’t able to stay late enough to catch all of that part of the show, but it was still a rewarding day of live music.

At 6:00 PM, I dropped by the Grand Ballroom for the B.U.I. (Beatles Under the Influence) Musicians Forum. This conversation/jam session was moderated by comedian/producer Martin Lewis in the past, but he wasn’t involved with The Fest For Beatles Fans - Chicago this year. In his absence, musician/producer and longtime panel member Mark Hudson took the reins. Hudson toned down his exuberant sense of humor, and showed his usual extensive knowledge of music. Mickey Dolenz, who along with Mike Pender, Laurence Juber, and Ringo Starr’s Music Director Mark Rivera, served as a panelist, was more than happy to supply the goofiness. But it was Hudson, Juber, and Rivera who fueled this jam session; performing snippets of songs by The Every Brothers, Buddy Holly, The Beatles, and other influential artists. When all five panelists sang together in harmony, the results were glorious.

Around 9:30 PM, Liverpool, the New York-based Beatles tribute band that has been coming to Fest For Beatles Fans - Chicago for several years now, offered another sterling performance. They had also played The Fest on Friday and Saturday night. This year, keyboards player-rhythm guitarist Drew Hill, bassist-vocalist Glen Burtnik, and guitarist-vocalist John Merjave were joined by drummer Joe Bologna, who was filling in for the band’s regular drummer Chris Camilleri. These guys don’t go in for costumes or English accents; they just nail every Beatles song they get their hands (and voices) on. You know a band is on its game when the audience responds with standing ovations throughout the concert.

After about a 45-minute set that included “Something,” “Another Girl,” “Strawberry Fields,” “Tomorrow Never Knows,” and “Hold Me Tight,” Liverpool invited Mark Rivera to join them on sax for a rousing take on “Lady Madonna.” Laurence Juber then came on board for a version of “While My Guitar Gently Weeps” that proved to be a showcase for him as well as Liverpool guitarist Merjave, and triggered one of those standing ovations. This lineup also performed “Money, Money, Money,” a song that featured Ringo Starr on drums when Rivera recorded it for (Rivera’s) recent Common Bond album.

The amazing energy continued to flow on “Got To Get You Into My Life” and Paul McCartney’s “Coming Up.” Unfortunately, my time was up by then, because I had to catch the CTA and Metra to get back home. As I left, Liverpool, Rivera, and Juber were roaring through the “Rockestra Theme” from the Wings album Back To The Egg.

While it was a major disappointment that I couldn’t stay to see Noone, Dolenz, and Pender join in the fun (as they had on the previous night) I still felt The Fest For Beatles Fans - Chicago had given me my money’s worth. And I imagine all the fans who spent the entire weekend at this event felt the same way.
Posted by Terry Flamm at 11:06 PM