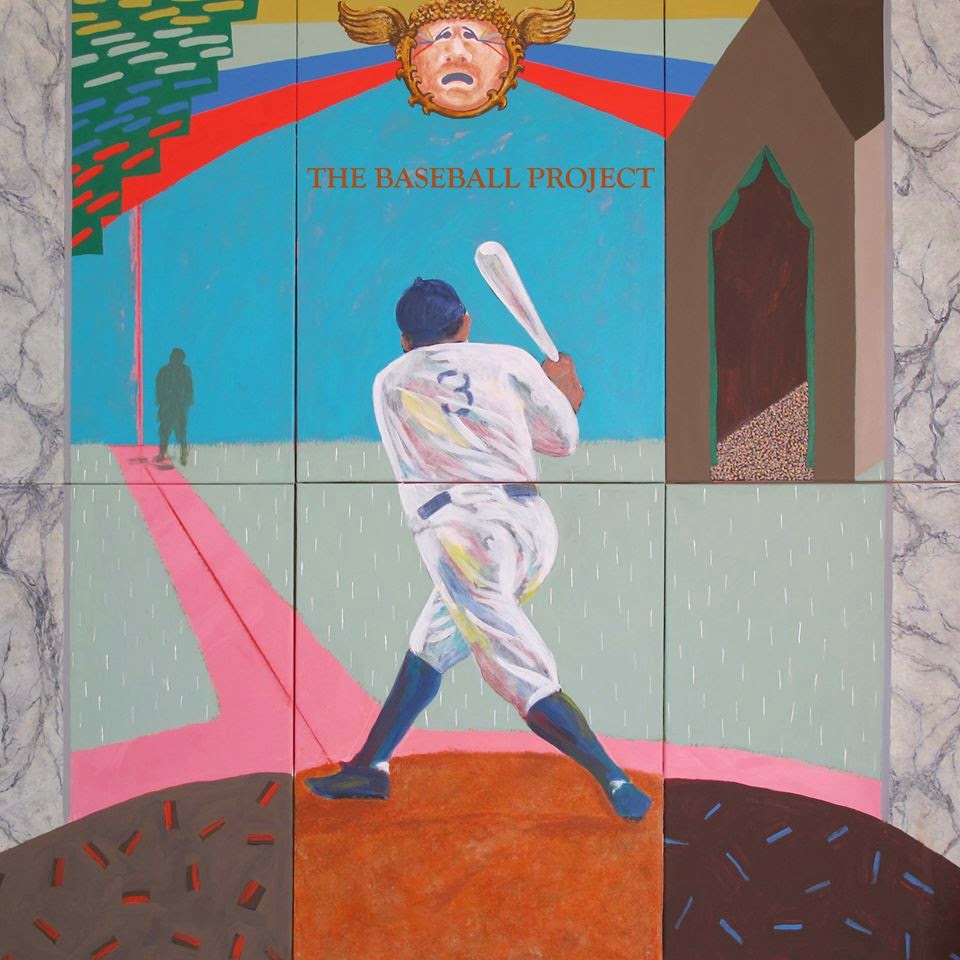 Happy Fifth Anniversary!
Five years ago on this date, a piece I wrote about the band The New Invaders became the very first Broken Hearted Toy post. Over 1,300 posts later, I’d like to thank all the musicians, record labels, theatres, artists, filmmakers, and publicists who have made working on this blog so much fun. And I sincerely apologize to all those who have sent messages and didn’t receive a response. It could have been that I felt your suggestion wasn’t a good match for BHT, but more likely, I just wasn’t able to get to it in time.

As if on cue for this fifth anniversary celebration, The Bangles shared my review of their City Winery - Chicago concert on Facebook today. As I write this, it has 808 likes and 45 shares. Thank you, Debbi, Susanna, and Vicki.

And I’d like to thank my wife Pam for setting up this blog for me. Without her help, there would no Broken Hearted Toy. Now, on to today’s post.

The Baseball Project will be performing tomorrow night (Thursday August 7th) at The Abbey Pub on Chicago’s northwest side. This national pastime-obsessed quartet was founded in 2007 by singer-guitarist Scott McCaughey, who did some clever and catchy things as a member of Young Fresh Fellows and The Minus 5; and singer guitarist Steve Wynn, who launched a successful solo career after leading The Dream Syndicate. Later, guitarist-bassist Peter Buck from R.E.M. and Linda Pitmon from Zuzu’s Petals (she’s also worked with Wynn in the past) joined the team.

Their show at The Abbey will likely include songs from The Baseball Project’s latest effort Third, which came out this year right around the time spring training was wrapping up for the National and American leagues. Over the course of 18 tracks, they somehow turn topics like Babe Ruth, Larry Yount, beanballs, and box scores into appealing indie rock songs. McCaughey, Wynn, Buck, and Pitmon each have a designated team, and there’s no mention of any of them being a Cubs fan. If they were, The Baseball Project would be a blues band.

The doors open at 8:00 PM tomorrow night at The Abbey Pub, with the duo The Dirty Dirty Dollars serving as the opening act. Tickets range from $20 to $25.
Posted by Terry Flamm at 10:31 PM