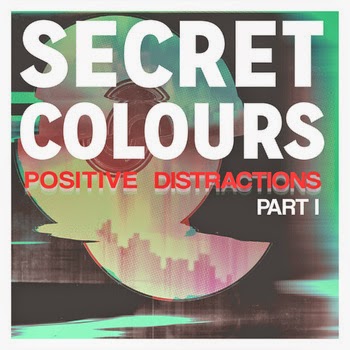 First, a few items before moving on to a preview of tomorrow night’s lineup at International Pop Overthrow - Chicago. The annual music festival run through this Saturday at The Red Line Tap.

CHIRP Radio, fresh from its massive Record Fair this past Saturday, is bringing the Live Lit and Music series back to Martyrs’ this coming Wednesday, April 16th. The First Time: First Move will involve seven local celebrities spinning tales of an important “first” (first kiss, first car, etc), with each story followed by a song performed live by The First Time Three. The band is comprised of Steve Frisbie, Liam Davis, and Gerald Dowd, and can reportedly can cover anything “from Wu Tang Clan to Sinead O’Conner to Hank Williams.” The First Time: First Move is a benefit to help CHIRP Radio, and will be hosted by the station’s DJ Jenn Sodini.

Jeff Kelley wrapped up the latest season of  Sunday Morning Coffee With Jeff  about a month ago, and he’s already planning bits for when his weekly Internet series comes back in the Fall. In the meantime, he’s serving up fresh Coffee via podcasts. The first two episodes, available on iTunes, show Kelley is already comfortable with the new format as he delivers an entertaining blend of commentary, music, and skits. I’ve contributed several bits to the Sunday Morning Coffee With Jeff Internet show over the years and I’m looking forward to getting involved with that again, as well as the CWJ podcasts.

8:00 Dylan Sires and Neighbors:  This Waterloo, IA trio has been racking up positive press for the way it crafts original power pop music from 1960s influences, along with a touch of neo-1950s artists like Chris Isaak.

8:45 Secret Colours: This is one of Chicago’s better-known practitioners of psychedelic rock, with a name that reflects strong British pop influences. The quartet plans to release two EPs this year, and will be promoting the first, the six-song Positive Distractions Part 1 at its IPO gig. The songs range from the guitar-driven “City Slicker” to the mostly acoustic and chilling “Monster.”