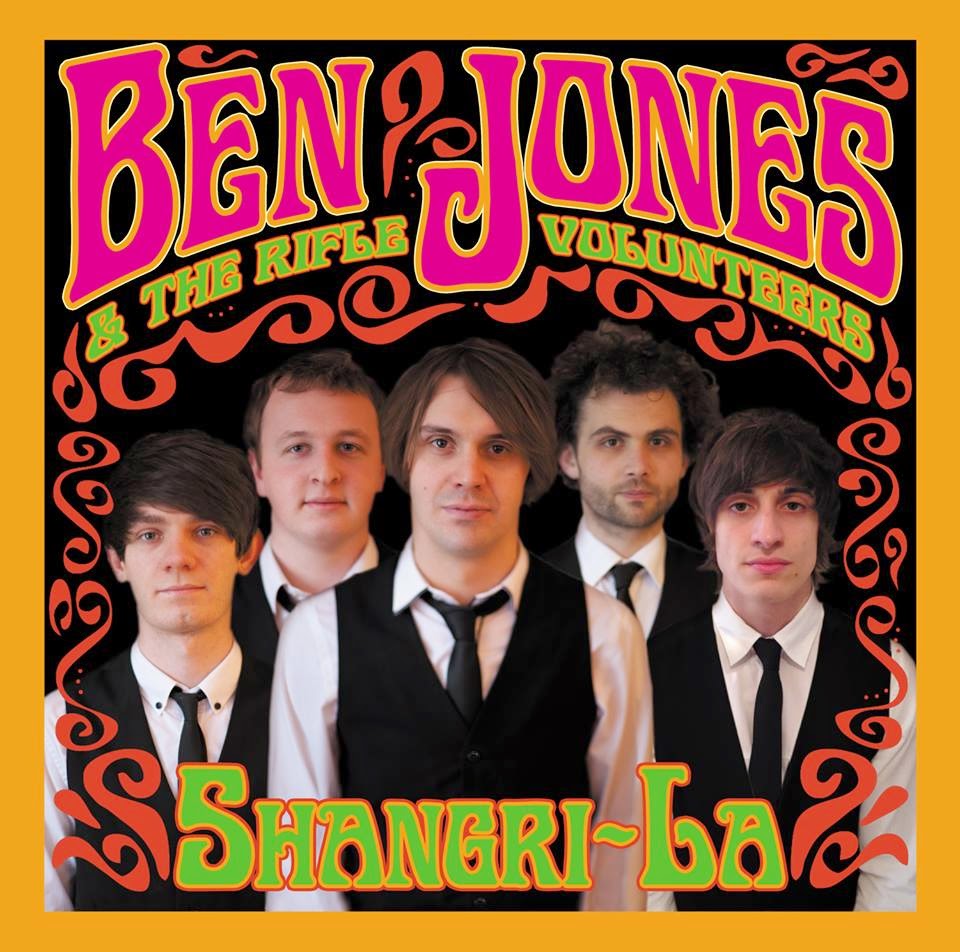 I’ve been posting these International Pop Overthrow - Chicago 2014 previews for a week now, and once again, I’m amazed at the variety of talent IPO Funder-CEO David Bash is able to bring to this festival. But if I had to pick one night from this year’s schedule as a prime example of how impressive IPO can be, it would be the one that takes place tomorrow night, April 18th, at the Red Line Tap.

For traditionalists, you’ve got Phil Angotti and 92 Degrees, two of the three Chicago bands that took part in the first first IPO in Los Angeles back in 1999. (Angotti performed with The Idea; the third band was The Critics.) The Abbeys have performed at every single IPO - Chicago since it first started coming here in 2001. Anglophiles will enjoy Ben Jones and The Rifle Volunteers, while those with a taste for quirky music are bound to love The Ye-Ye’s. Trevor Pritchett and Josefina Asconapé from The Choir are newcomers to IPO, but they’ll fit right in with their harmony vocals and catchy indie/powerpop arrangements.

Here’s the schedule for tomorrow night. All bands are from Chicago except where noted otherwise.

8:00 Ben Jones And Rifle Volunteers:  Anyone who enjoyed Beat Root’s performance at IPO - Chicago this past will want to check out Ben Jones and The Rifle Volunteers tomorrow night because they were the band backing vocalist Andrea Magee in Beat Root. As IPO Founder David Bash told me in an article for the Illinois Entertainer, “Ben Jones played IPO - New York a few years ago and absolutely fell in love with the city and, by extension, the USA.” Ben Jones And The Rifle Volunteers create catchy, soul-tinged pop tunes “Reach Me” and “Shangri-La” on their new release Shangri-La.

8:45 The Choir: Trevor Pritchett and Josefina Asconapé of the duo The Choir aspire to create jangle pop, and that certainly comes across on songs like “Down And Out In New York And L.A.” and “One Word From Your Giant Lips.”
9:30 Phil Angotti: This singer-guitarist and one-time member of The Idea has taken a more introspective turn on songs like “My Old Records” from the 2011 CD People And Places, without sacrificing his knack for catchy melodies. He can also rock out, as he did on “I See Spaceships” from his 2013 effort Life And Rhymes. Angotti has also become a gifted mimic of other artists through his frequent tribute shows (The Bee Gees, The Monkees, Paul McCartney, etc) around town, so don’t be surprised if he springs a few cover versions on the audience tomorrow night. He’ll be covering the Simon and Garfunkel LP Sounds Of Silence as part of the Record Store Day festivities at Laurie’s Planet Of Sound Records on Saturday.

10:15: The Abbeys:  This band’s founding members, singer-guitarists Mike Cohen and Jeff Janulis, have spent years weaving Everly Brothers type harmonies together, so it’s no surprise they also have a band called The WhatEverly Bros. With The Abbeys, they can range from hard-edged power pop to the more bluegrass influenced tunes like “Say Them With Me” from their 2013 release File Under: Twang. Cohen’s satiric sense of humor surfaces on “Nobody Moves,” a slap at the narrow-minded crowds performers occasionally encounter in rock clubs, and “Johnny Cash Station,” which  slings a few barbs at C&W themed amusement parks C&W themed amusement parks. The band recently posted on Facebook that tomorrow night’s show could be their last show for a while.

11:45 92 Degrees: This power pop trio of vocalist-guitarist Steve Steffens, bassist-vocalist Mike Galassini, and drummer Dane Svoboda has been an integral part of IPO- Chicago right from the start. It’s been a while since 92 Degrees released anything but the classic power pop songs like “I Love Her” from their vinyl EP, Money Makes The World Go ‘Round and “She’ll Never Know” from a self-titled CD co-produced with Jeff Murphy on the Shoes Black Vinyl label are as vibrant as ever.
Posted by Terry Flamm at 11:54 PM