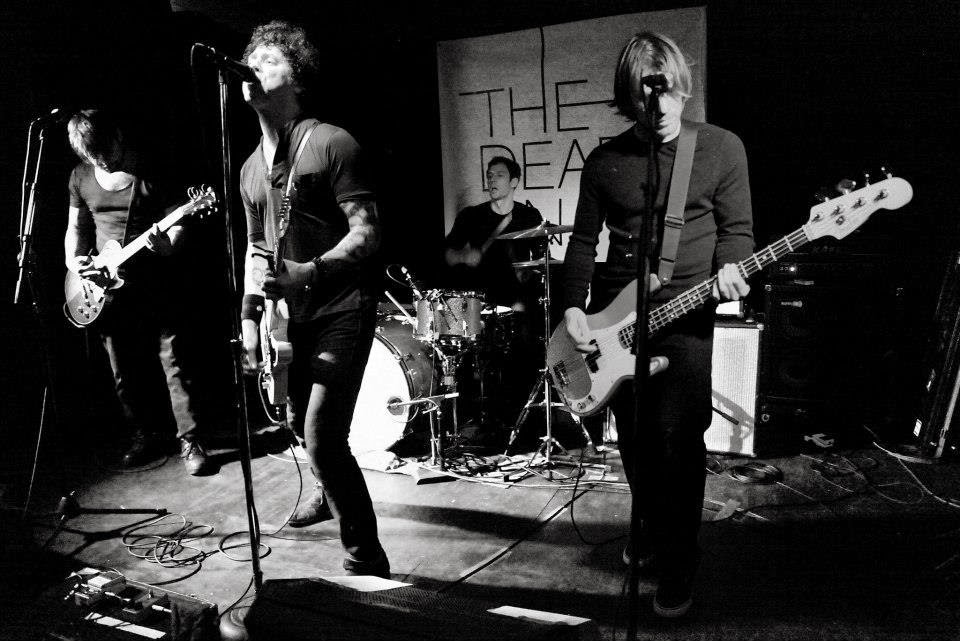 International Pop Overthrow - Chicago has two showcases tomorrow, April 12th. One in the afternoon and one in the evening. I provided a breakdown on the afternoon lineup in an earlier post. Here’s a look at what’s going on tomorrow night. All acts are from Chicago except where noted otherwise.

8:00 The Dead On: This new hard-hitting but melodic quartet is comprised of former members of Woolworthy, The Reputation, Penthouse Sweets, and Empty Spaces. If the band’s name sounds familiar, it could be because Richard Milne played one of their songs on his weekly program Local Anesthetic on WXRT. The Dead On have an album out Boss Tuneage Records UK.

8:45 Rob Schulz Band This singer-songwriter tends towards a liberal point of view but never lets his politically charged lyrics overwhelm the catchy arrangements of his music. On his CD Tragedy And Comedy, his approach ranged from  humorous to hard-hitting. His band is influenced by The Kinks, Elvis Costello, Marshall Crenshaw, and The Who.

9:30 The Velvet Cadillacs This power pop quintet mixes elements of The Ramones, Cheap Trick, and Johnny Cash in its original material. The band plans to release its second release, Pretty Little Boxes, in the near future.

10:15 The Cubes This quartet puts an emphasis on guitar-driven arrangements while taking the occasional journey into psychedelic or spaghetti western music. They like to think of their approach as a little twisted.

11:00 The Queue This band has changed members over the years while evolving from being heavily influenced by the 1960s to taking a harder-edged, more modern approach. Influences include The Beatles, Oasis, Gomez, and Collective Soul.

11:45 La Republica This Goshen, IN trio draws influence from The Beatles and seeks to represent the Latin American culture. All three members—guitarist-bassist Daniel Moya, guitarist-bassist Juan Mora, and drummer David Guevara—contribute vocals. The band’s latest album can be heard on Spotify.
Posted by Terry Flamm at 11:43 PM