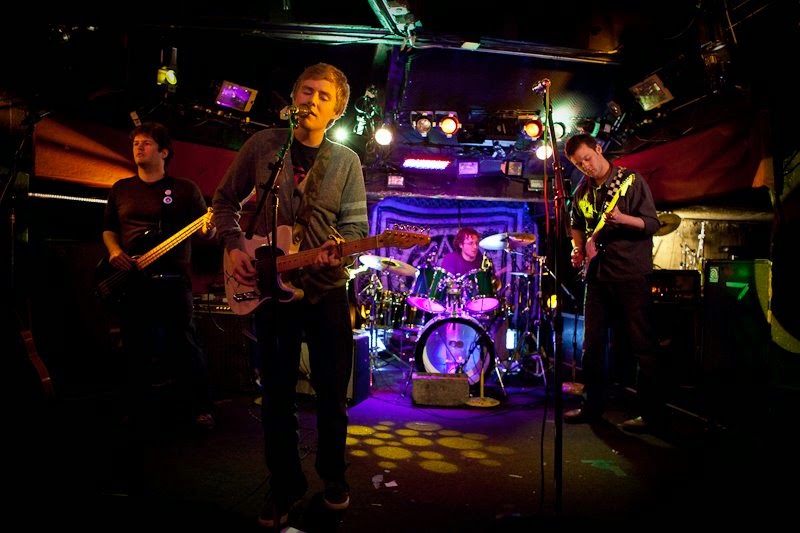 Tomorrow is the last day of International Pop Overthrow’s  2014 visit to Chicago, but there are two showcases to check out. The afternoon showcase casts a spotlight on the upcoming generation of musicians, along with a guy who has been associated with IPO almost as much as its Founder/CEO David Bash.

Here’s the lineup for tomorrow afternoon. Acts are from Chicago unless otherwise noted.

2:00 One Mighty Colin: These five young guys and gals are from the Rock Academy of Dupage, and perform cover versions of classic rock songs like Deep Purple’s “Smoke On The Water” or Boston’s “Foreplay/Long Time.”

3:30 Slenderband: This group of four young dudes also appears to have sprung from the Rock Academy of Dupage. A YouTube video posted of the band shows it doing a nice version of Matthew Sweet’s “Girlfriend.”

4:15 Twins: Contrary to the name, there are four guys in this Waterloo, Iowa-based band, although Luke, Harper, and Joel Siles appear to be related. (Devin Ferguson is the fourth member.) Twins will most likely play tunes from their new CD Tomboys On Parade since it was released on April 1st. Their influences are a promising mix of Brit Invasion acts like The Beatles, Kinks, and The Who, along with power pop masters like Cheap Trick, The Paul Collins Beat, and The Plimsouls. These guys will have some traveling to do tomorrow; their Facebook page also shows them playing a 10:AM Record Store Day gig in Davenport, IA.

5:00 Jeremy:  This single-named, Portage, Michigan-based singer-guitarist comes close to rivaling Dave Rave’s amazing IPO attendance record, having played the festival in several cities over the years. Jeremy draws inspiration from the 1960s and has released CDs on his own Jam label. His latest All Over The World, featuring energetic songs like “Cool Your Jets” and “Chain Reaction,” was released about 10 days ago. He can always be counted on for some powerful and extensive jamming during his live performances.

5:45 Dad’s Magazine: This group features musicians who’ve been in other notable bands, such as Food And Drug, Swinger, Sun Sawed In Half, The Webstirs, and Dad Factory. Influences include Guided By Voices, Iggy Pop, David Bowie, The La’s and The Ramones.