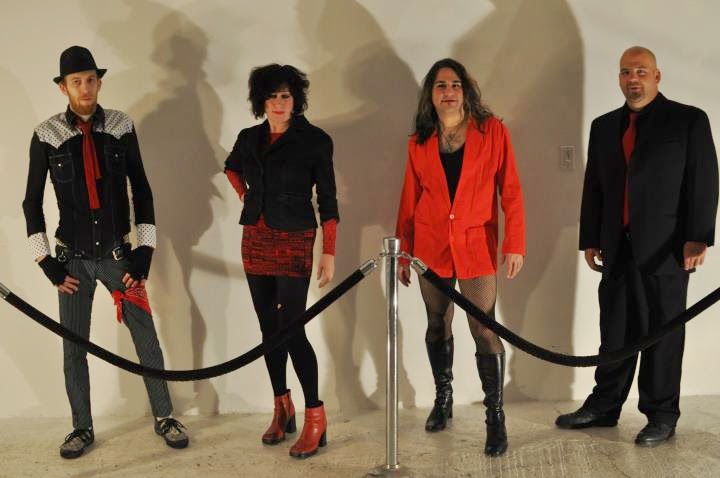 Photo from the Facebook page for The Artist Formally Known As Vince.

Here’s the lineup for the earlier Sunday showcase. All of the artists are from Chicago.

2:00 Todd From Hop On Pop According to the official website, Todd Leiter-Weintraub is not only from Hop On Pop. he is Hop On Pop at this point. There was a full band when the As Drawn By Ethan, Age 2 was released on Spade Kitty Records in 2004. Leiter-Weintraub released Chicken On A Bicycle in 2010, and his unbridled approach to music allows him to dabble in everything from techno pop to Country And Western.

2:45 Gretchen Erickson This folk/blues/rock singer-guitarist started writing songs at age 16, and lists The Who, Janis Joplin, Patsy Cline, Cheap Trick, and John Lee Hooker as influences. She performs original tunes, along with the occasional cover.

3:30 The Unswept Cousins Charlie and Ryan O’Brien always exude a witty charm at their  IPO-Chicago gigs. They moved here from Sheffield, England a few years ago and have a knack for catchy, 1960s-influenced pop. Last year’s IPO gig found the cousins backed by a full band, so they may go that route again. The Unswept recently signed with Draco Records, and will be selling their full-length record at the show tomorrow.

4:15 Mike McKenna This singer-guitarist brings his emotionally charged songs like “The Green Room” and “Five Mile Stare” to life with little than his vocals and acoustic guitar.
5:00 The Artist Formally Known As Vince The shelf life may have expired for a name like The Artist Formally Known As Vince, but any band that claims “Glitter, pretty things, and late nights” as its interests is guaranteed to be fun. Plus, they draw upon the likes of  Cheap Trick and T Rex, and their high-energy CD On Display is filled with dynamic male-female vocal interplay.
Posted by Terry Flamm at 10:48 PM