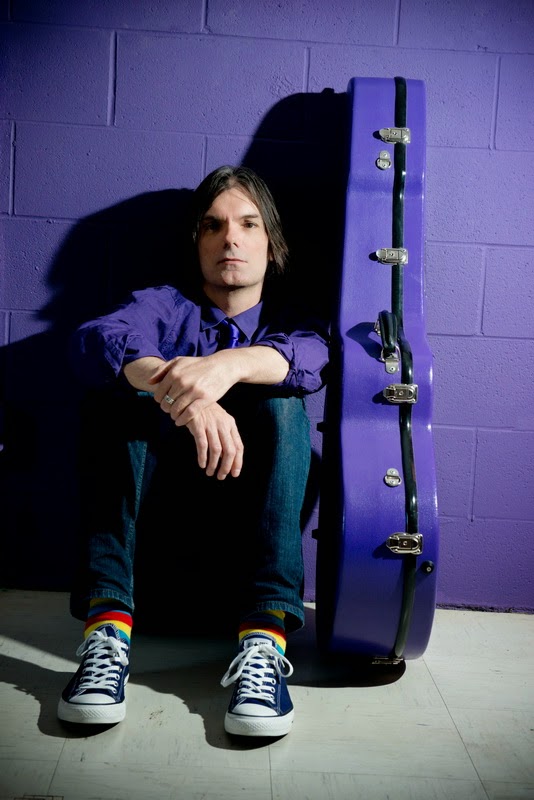 There are only three night and one afternoon showcases left before International Pop Overthrow moves on to rock the good people of Detroit. For the full schedule of the acts that have yet to grace the stage of the Red Line Tap on Chicago’s far northside, check the official IPO website. And as I’ve stated here numerous times, that website is also a great way to discover new music.

Bands are from Chicago unless noted otherwise, and some out-of-town visitors will definitely add to the fun tomorrow night, April 17th. Here’s the schedule.

8:00 James Clark This Toronto-based singer-guitarist returned to the studio just last month to start work on his sixth release under the name The James Clark Institute since 2004. He draws inspiration from Ray Davies, Elvis Costello, and John Lennon. “Company Hearse,” released last year on 7” vinyl, is a catchy, biting song with ringing guitars. It’s not clear whether his IPO gig tomorrow will be solo or with a full band. He does well either way.

8:45 The Injured Parties This power pop trio is led by Larry O’Dean, an eclectic singer-guitarist and former member of the band Post Office. He enjoys mixing humor with melody on songs like “Zingermans Deli” and “What We Talk About When We Talk About Love” from The Injured Parties’ 2009 CD Fun With A Purpose. They’re in the midst of recording a second CD, so there could be some new tunes in their set tomorrow night.

10:15 Lannie Flowers This Texas quintet visits a number of stops on the IPO circuit, bringing joy to power pop purists along the way. Vocalist-guitarist Lannie Flowers, backed by a full band, creates catchy songs that are reminiscent of The dB’s and Elvis Costello, as well as mid-1960s Top 40. “Looking For You,” from the band’s second release Circles, is a guitar-driven gem that has the immediate impact of a hit single. In 2013, Lannie Flowers nabbed four honors at the LA Music Awards.

11:00 Rollo Time This power pop band’s 2010 CD, Victims Of The Crown was filled with catchy tunes like “’Til It All Comes Down.” Singer-songwriter Jon Raleigh was formerly with The Time Beings. Influences include Cheap Trick, Smashing Pumpkins, and Off Broadway.
Posted by Terry Flamm at 11:28 PM