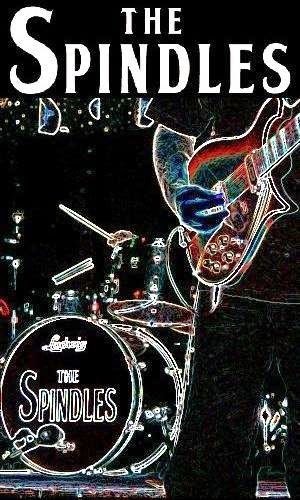 Here’s the schedule for tomorrow afternoon.

2:00 Arts And Letters: Singer-songwriter Joe Grazulis performs under the name Art And Letters, drawing influences from the British Invasion and Simon And Garfunkel, as well as more modern acts such as Supergrass, Blur, and Super Furry Animals.

2:45 Marc Teamaker: Multi-instrumentalist Marc Teamaker likes to mix elements of soul and jazz into melodic rock songs like “So What Do You Think,” and draws influences from Marvin Gaye, Joni Mitchell, Stevie Wonder, Humble Pie, Traffic, and Burt Bacharach. He can often be found performing with Ray Herrmann and Jared Nixon.

3:30 Shimmercore: This aptly named Indianapolis-based, five-piece shoegaze/indie/psych/pop band is led by Mike Contreras on vocals and guitar. Shimmercore’s 14-minute Stay New Forever Mixtape, which can be heard on the group’s Bandcamp page, mixes techno beats and synthesizers on songs that, well, shimmer.

5:00 The Spindles: This four-member power pop band includes guitarist-vocalist Jeff Janulis of The Abbeys, along with bassist-guitarist Jerald Cross, and drummer Duane Spindle. Influences include The Beatles, The Hollies, The Kinks, The Pretenders, and The Plimsouls. The Spindles’ melodic new single “Young Heart,” which features Brad Elvis on drums and Bill Corston on bass, can be heard on their Reverbnation page.
Posted by Terry Flamm at 10:33 AM