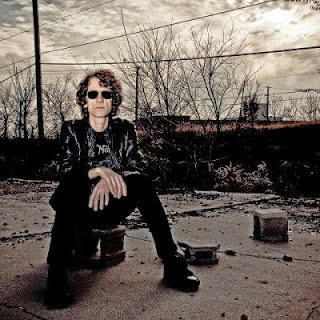 International Pop Overthrow welcomes music fans to the working week with a five-band line-up at The Red Line Tap tomorrow (April 14th) night. The complete schedule, with links to all the artists’ websites, is available online at the IPO website.

Here’s tomorrow’s night’s lineup. All of these bands are from the Chicago area.

8:00 Owen Stevenson: This singer-songwriter has an extensive background that includes performing in the musicals Tommy and Urinetown, and forming an a cappella group. He’ll be backed by bassist-vocalist Josh Murtha amd drummer Josh Dresser while performing at The Red Line Tap tomorrow night. Stevenson lists his influences as John Mayer, Jamie Cullun, and Dave Matthews.

8:45 Kevin Lee And The Kings:  The veteran singer-guitarist and his most recent band offered muscular and melodic power pop songs about relationships on Dusk Till Dawn in 2010 and last year’s Breakout. Lee has played a number of times at IPO - Chicago, as well as clubs throughout Chicago. Songs like “Tell Me Why” and “Too Little Too Late” are particularly impressive.

9:30 Sketch Middle:  The trio has been performing together since the late 1990s, and their debut release, Time Capsule, was produced by Jeff Murphy from Shoes back in the day. They’ve released a number of EPs since then, while drawing inspiration from Material Issue and Smoking Popes. Sketch Middle’s most recent effort was Destination Run For Your Life.

10:15 The Aaron Williams Band: Aaron Williams, Dan Wonsover, and Kris Ahrens mix elements of classic, indie, and punk rock on their original material. They’re also slated to play at SXSW in Austin later this year, and have a new album on the way.

11:00 Shortstop: Yet another trio for this Monday night. This one has been playing power pop since forming in 2005.
Posted by Terry Flamm at 10:31 PM