Here’s What You Should Be Doing Tomorrow Night - CIMMfest No. 6 - First Day 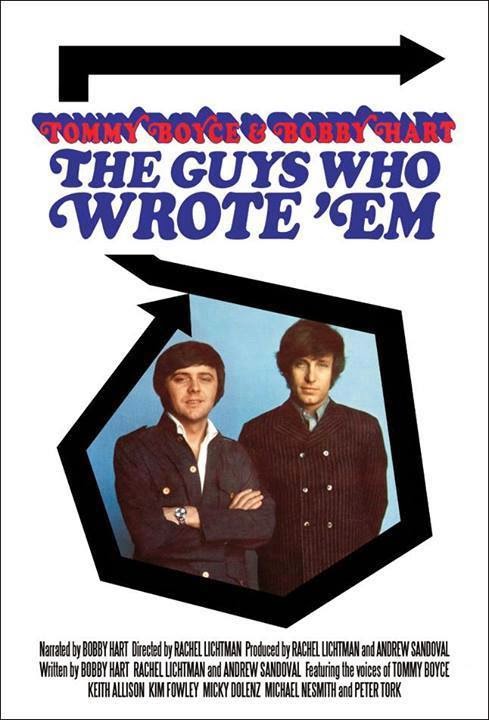 If you’re a fan of catchy hit singles from the 1960s, you won’t find a better one-two-punch than the one being delivered as part of the opening day festivities for CIMMfest No. 6 tomorrow night, May 1st. At 6:15 PM, a modern day version of Candy Store Prophets, comprised of members of local bands The Hushdrops and The Chamber Strings, will bring back fond memories with Celebrate The Songs Of Boyce And Hart at the Logan Theatre Lounge. The original Candy Store Prophets were Tommy Boyce and Bobby Hart’s backup band. Admission for Celebrate The Songs Of Boyce And Hart is free.

There will be a screening of Rachel Lichtman’s documentary Boyce And Hart: The Guys Who Wrote Em directly after the concert, at 6:45 PM in the Logan Theatre.  Even those who already know how heavily involved Boyce and Hart were in the success of The Monkees, will likely be surprised by this 81-minute look at the number of hits this songwriting duo penned for other artists. Boyce and Hart also had their own big hit with “I Wonder What She’s Doing Tonight.” There will be a Q and A with Lichtman and Bobby Hart. Admission for Boyce And Hart: The Guys Who Wrote Em is $10.

There are a number of other shows going on as part of CIMMfest tomorrow night, including Yo La Tengo and special guests at Concord Music Hall at 9:00 PM. Admission for this 18 and older show is $24. See the CIMMfest website or pick up a program (Reckless Records downtown has them) to see the full schedule.
Posted by Terry Flamm at 11:35 PM