CD Review: Archie Powell And The Exports - Back In Black 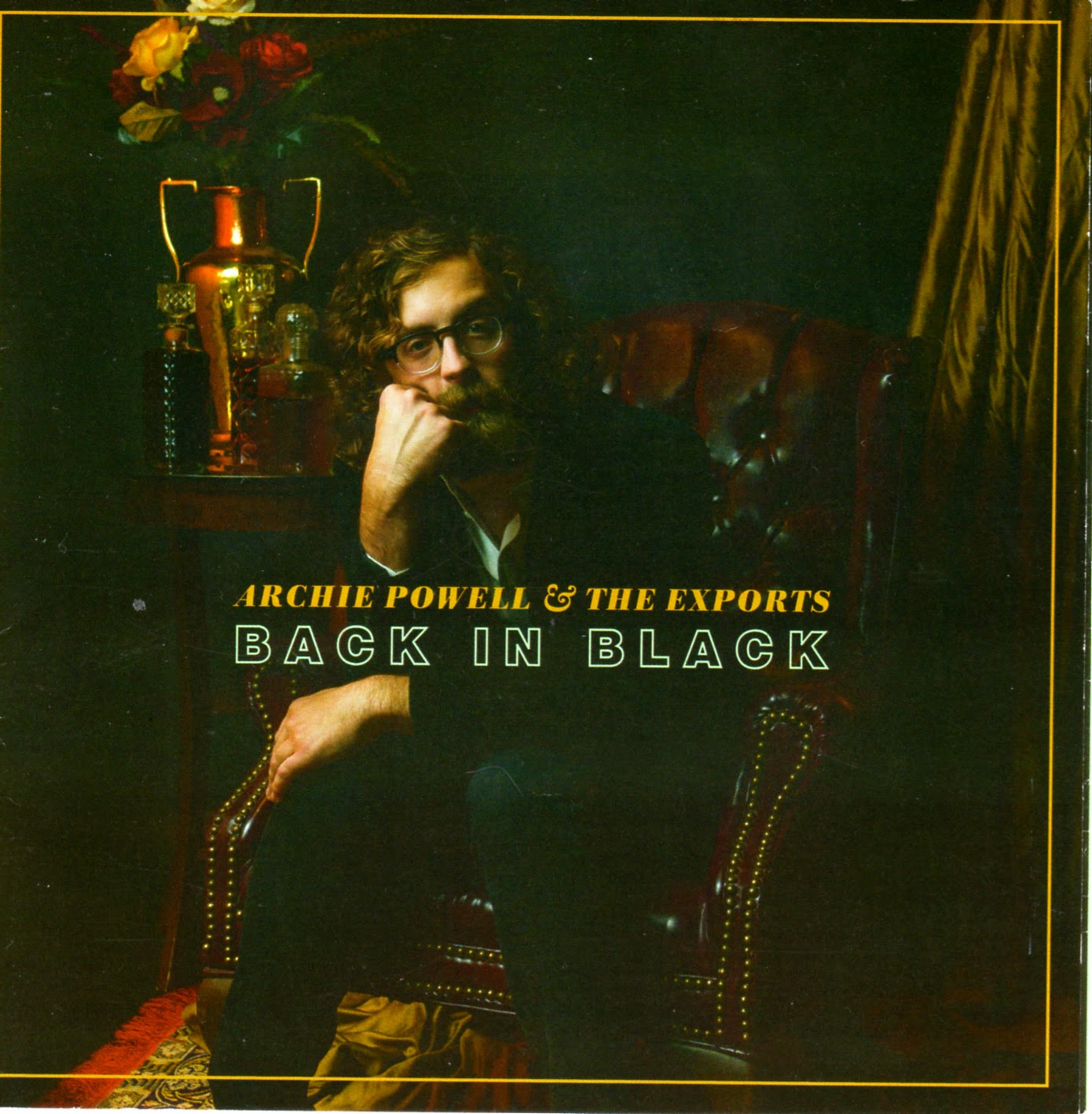 When I mentioned Archie Powell And The Exports’ upcoming CD Back In Black a few weeks ago here on BHT, I predicted it would have more power pop songs on it than the AC/DC album with the same name. After all, Archie Powell And The Exports have two previous releases, Skip Work and Great Ideas In Action, that are filled with catchy melodies and satirical lyrics. Little did I know that the group’s “desire to capture [the] sound and spirit of their high-energy live show”* would bring about such aggressive changes.

This new effort uses harder arrangements and a fair amount of primal screaming to focus on the devastating effects of unrequited love. Powell, who writes just about all the songs, creates a character who’s so distraught that he’ll never touch or kiss his dream girl that he locks himself up in his room, indulges in lurid fantasies, and contemplates suicide. There are some crazy things on this CD. At times, it’s like Powell turns out the lights, puts a flashlight under his chin, and runs around screaming. “And in my mind I’m still not convinced I’ll ever be fine,” he sings on “Electrocute My Heart,” which is one of the better and less manic songs on the new CD.

The stream-of-consciousness horror and (not specifically stated) depravation of “Scary Dream” is delivered via Powell’s rapid-fire delivery and the driving beat of guitars and drums. “Everything’s Fucked” also sports a rampaging arrangement, providing further proof that Archie Powell and The Exports have the chops to perform at this level of intensity. Still, Back In Black isn’t entirely a successful transition.

Powell sometimes swaps his usually clever lyrics for cryptic images of insanity or self-destruction. Plus, his Looney Tunes Tasmanian Devil screaming on songs like “Lean” just doesn’t cut it. “Mambo No. 9” is a powerful and catchy instrumental, so adding screams there is just gouging the lily. On the other hand, “Tattoo On My Brain” is a dark masterpiece that sizzles with lines like, “Just a tattoo on my brain/Remind me how you made my agenda for going insane /You can tell that it’s a train wreck/All this gray will have some color in a hot sec.” “Jump Off A Bridge” showcases quick rhymes set to an off-kilter and fun arrangement; “Holes” and “The High Road” are also standout tracks. Powell settles down a bit at the end, with the light and melodic “Everything’s Cool.”

Ultimately, Back In Black gives Archie Powell And Exports some hard-edged indie rock cred, but here’s hoping this new approach becomes part of the band’s palette rather than the dominant color.

* From the official Archie Powell And The Exports press release.
Posted by Terry Flamm at 11:35 PM