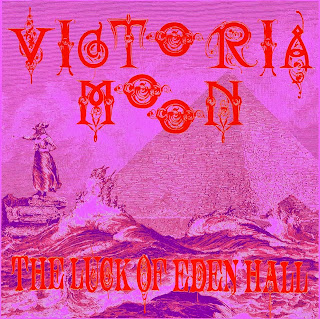 Over The Rhine, led by Karin Bergquist and Linford Detweiler, will be playing its engaging country/alt rock music tonight at the Park West in Chicago. The Cincinnati-based band’s new double CD, Meet Me At The Edge Of The World, is now available. The Milk Cartons are also on the bill.

There’s a triple bill at Mayne Stage on Chicago’s north side tonight that features Luck Of Eden Hall; Bedfellows; and The Ladies And Gentlemen, featuring Skid Marks. The show starts at 8:00 PM, with the low admission price of just $13.

Vocalist-bassist Ron Flynt, a founding member of the late 1970s through early 1980s power pop band 20/20, has the 9:00 PM slot tonight at International Pop Overthrow in Austin. Other acts scheduled to perform this weekend at the Parish Underground club include Walter Clevenger and Dave Rave.

Singer-guitarist Phil Angotti will be returning to his roots when he takes part in a reunion of The Idea at the Lincoln Tap Room tomorrow night. It will be the first time the power pop band has performed together in 12 years and will include all the original members, plus some special guests. The show starts at 8:00 PM. and admission is free.
Posted by Terry Flamm at 11:53 AM