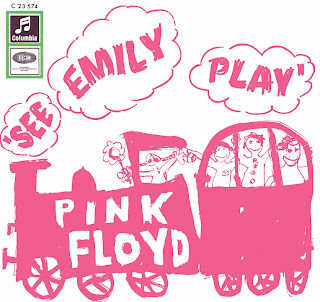 Dot Dot Dot will most likely be playing their brand new song, “Bring Me To Life” tonight at Double Door in Chicago. It’s a well-crafted alt-rock tune that showcases the co-ed synth rock band’s vocal chops. Fans can hear it on Dot Dot Dot’s Facebook page.

It was no surprise when Van Go covered Elvis Costello’s “Girls Talk” on their 2010 CD, The Long Last Call. Like Costello, the Chicago-based power pop band likes to set clever putdowns to energetic arrangements. Songs like “Your Three Minutes Are Up” and “Invisible Girls” can stick with you after a single listen. Van Go has a gig tomorrow night at Phyllis’ Musical Inn on Division Street in Chicago.  Crackpot is also on the bill.

David Bowie’s first release in 10 years, The Next Day, is racking up sales as well as rave reviews, and now fans in the Los Angeles area can catch an acoustic tribute to the Thin White Duke. Several local acts will gather at Brennan’s in Marina Del Ray on Tuesday, March 26th, and each will perform a 15-minute set. The event is free and scheduled to kick off at 8:00 PM. Brennan’s throws an acoustic tribute for a different artist on the last Tuesday of each month; past shows have honored Elvis Costello and Tom Petty.

Black Forest Theatre Company is presenting the Sex, Drugs, R&R Show next Saturday at Curt’s Cafe in Evanston. The Facebook event description promises, “Performers doing covers from any genre and era celebrating the good life and debauchery!” Some of the debauchers include Mr. Mo, The Rut, whitewolfsonicprincess, and The Telepaths. Songs being covered include “Sex, Drugs Rock & Roll” by Ian Dury and the Blockheads, “Louie, Louie” by The Kingsmen, “Let’s Spend The Night Together” by The Rolling Stones, and “Hoochie Coochie Man” by Muddy Waters.

Record Store Day, the annual celebration of rare vinyl platters and the small businesses that sell them, is less than a month off. A comprehensive list of this year’s titles can be found on the official website,  and I’m already making plans to be standing outside Reckless Records at the crack of dawn on Saturday, April 20th. Most likely, wearing the Fruits de Mer guitar-emblazoned t-shirt I just bought from the UK all-vinyl label.

The treasures will include two 10” 45RPM records by British Invasion standouts, The Animals, with classics like  “We’ve Got To Get Out Of This Place,” “Don’t Let Me Be Misunderstood,” “House Of The Rising Sun” and “I’m Crying.” Big Star’s Nothing Can Hurt Me [Special Pressing] will be on two 12” colored vinyl records, with 20 previously unreleased versions of songs like “September Gurls.” It’s the soundtrack to an upcoming documentary.

David Bowie’s “The Stars (Are Out Tonight)” from his new CD, will be available on 7” white vinyl, and The dB’s will  have four new tracks on the orange vinyl 12” record, Revolution Of The Mind. Pink Floyd’s 1960s psychedelic gem, “See Emily Play,” is being packaged with a booklet/poster, and The Rolling Stones will offer the 5 X 5 EP, with “If You Need Me,” “Empty Heart,” “2120 Michigan Avenue,” and “Around And Around.” There will be numerous special editions of oldies, jazz, blues, indie, and hard rock categories. Happy hunting.
Posted by Terry Flamm at 11:30 PM