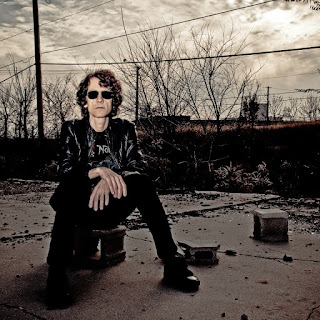 With Breakout, veteran singer-guitarist Kevin Lee once again travels along the harder edges of power pop. The emphasis throughout this latest effort with his band The Kings is on energetic songs about broken relationships, but Lee also takes some interesting side trips along the way. Whatever the approach, he and producer Todd Jones give each track the highly polished arrangement of a potential hit single.

The restless “Burn It Down” and “Breakout” are rock-solid declarations of defiance that still showcase Lee’s knack for alluring melodies. “Can’t Believe You’re Gone” has a lighter, funkier vibe, while the ballad, “Outside Looking In” depicts the anguish of watching your dream girl marrying another man. Still, Breakout works best when it’s muscular and melodic, like on “Tell Me Why” and the rollicking closer, “Too Little Too Late,” which features a guitar-driven instrumental passage.

Kevin Lee And The Kings have a CD release show for Breakout coming up on April 26th at the Elbo Room in Chicago.
Posted by Terry Flamm at 10:33 PM