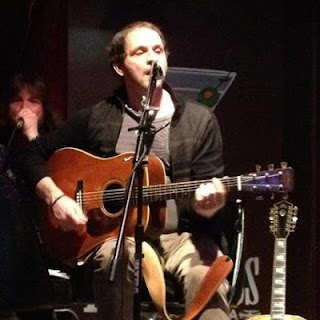 Chicago-based singer-songwriter Phil Angotti has a release show for his latest CD, Life and Rhymes this Friday at Martyrs on Lincoln Avenue. The show starts at 10:00 PM. A clever promo video done in the persona of Paul McCartney (one of Angotti’s bigger influences) promises guest musicians like Brad Elvis from The Handcuffs.

The gig will no doubt be a big draw for local musicians, if not the real Sir Paul, since Angotti recruited some of them to help out in the recording studio. Vocalist Chloe F. Orwell (also from The Handcuffs), guitarist-vocalist Tommi Zender, piano player-vocalist Carolyn Engelmann, bassist Charlie Short, and former Handcuff and now solo artist, bassist-keyboards player Ellis Clark, will up on stage with Angotti.

Life And Rhymes follows Angotti’s 2010 release, People And Places, which found the long-time power pop artist matching introspective lyrics about life and friendship to well-crafted arrangements. It will be interesting to see what he comes up with this time. Angotti also occasionally does tribute shows, the most recent being for Badfinger, but they may be on hold while he promotes the new CD.
Posted by Terry Flamm at 11:24 PM