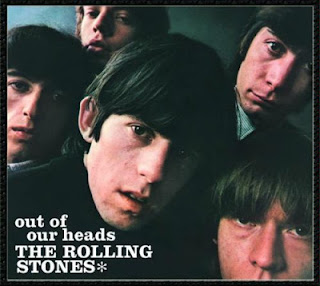 Rolling Stones fans will have a year to go out of their heads at The Rock And Roll Hall Of Fame.

Dolly Varden frontman Steve Dawson has a gig with Alton Smith and Colby Maddox tomorrow night at the Old Town School Of Folk Music. Local band The Astronomer is also on the bill.

Jeff Kelley, star, writer, and producer of the Sunday Morning Coffee With Jeff weekly internet show has some special plans for this season’s finale on March 10th. Regular contributor Willy Deal and artist Dave Metzger, along with my wife Pam and I, are among the people slated to contribute comedy bits. Even our cat Phoebe got involved. Kelley is looking to create short, stand-alone clips to be shown on Blip and YouTube, along with his regular show.

Author/writer/model car maker Dean Milano wants to know if anyone has a photo of The Deep End teen club that rocked in Park Ridge from 1967 - 75. He’s looking to help a friend, who I assume is working on a book. Please feel free to contact me via email if you or someone you know can help out  Dean and his friend. I’ll pass the info on to them.

It’s only The Rock And Roll Hall Of Fame but they like it. The Rolling Stones will be honored with a special exhibit at The Rock And Roll Hall Of Fame that will honor the group’s half century of making great music. Rolling Stones: 50 Years Of Satisfaction will open May 24th and run through March, 2014. The exhibit will include a number of rare items never seen by the public before.

Deepest sympathies go out to the family and friends of musician/producer Dan Stock, who recently passed away from cancer. Stock performed with the band, Bruiser, and worked at the Uptown Recording studio. One of his last accomplishments was to organize Danstock, a benefit to raise funds to help others cope with the disease.

With all the snow that fell across America in recent weeks, the timing couldn’t be better for the band Vegas With Randolph to release a video for its catchy tune, “Snow Day.”  The clever lyrics take the point of view of a kid anxiously listening to the radio to find out if his school has closed due to inclement weather. The music is matched perfectly with vintage footage of kids having fun with the white stuff.
Posted by Terry Flamm at 11:02 PM