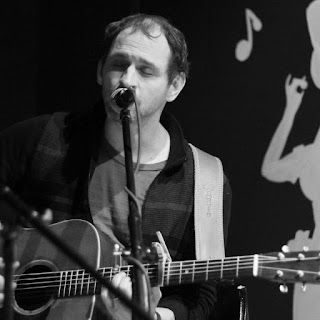 A few years ago, I attended the screening of a documentary about white kids in the 1960s venturing into Chicago’s south side blues clubs to hang out with some of the genre’s best musicians. Director John Anderson’s film was a work in progress when I wrote about it for the Illinois Entertainer, and was titled, White, Black & Blues. The finished product is now called Born In Chicago, and will have its world premiere in March at the SXSW Film Festival, along with films like Green Day’s Broadway Idiot and David Grohl’s Sound City.

One of the best tracks on Chicago-based singer-songwriter Phil Angotti’s People And Places CD a while back was a fetching nostalgic look at his youth called, “My Old Records.” Director Lou Hinkhouse has created an inventive video for the song that features rare clips of performers like The Beatles, Rolling Stones, Sonny And Cher, Peter And Gordon, and The Byrds.

In last Friday’s “Slumgullion” post, I mentioned that this year’s Abbie Hoffman Died For Our Sins Festival will be held on the weekend of August 16th - 18th. Mary-Arrchie Theatre, which hosts the annual bash, just announced on Facebook that the date has been changed to August 9th - 11th. Whatever the date, this rollicking celebration of theatre, comedy, music, and performance art is always one of the highlights of the summer.

I got together with Jeff Kelley this past Saturday to film some comedy bits for the season finale of his weekly Internet show, Sunday Morning Coffee With Jeff. His wife Dawn played an off-camera reporter while I revived my Fritz Willoughby character, the senile host of a fictional series called “Old Days.” My antics should show up on SMCWJ within a few weeks.

Afterwards, Kelley and I talked about his plans for creating stand-alone film clips that wouldn’t be part of his weekly Internet show. Some of the possibilities include comedy skits, visits to brew pubs or conventions like C2E2, Comic-Com, and Fest For Beatles Fans. There could also be interviews with an assortment of creative types. It will be interesting to see what he develops, and I’m looking forward to being part of it.
Posted by Terry Flamm at 11:05 PM