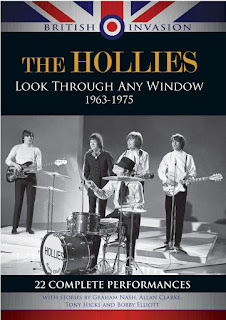 One of America’s Thanksgiving traditions, along with family dinners, Cowboys and Lions football games, and expressing gratitude, is the arrival of treasure chest-sized editions of the daily newspapers, filled with retail flyers. It’s now possible to also get these Black Friday flyers online. Still, some old school bargain hunters prefer the hand-to-hand combat of snagging those amazing deals in overcrowded shopping malls. In keeping with the holiday spirit, here are a few Broken Hearted Toy endorsed gift ideas.

Record Store Day’s Black Friday: Vinyl collectors are accustomed to the annual Record Store Day coming around April, but this year, there’s also a special holiday version. You’ll have to get to your favorite independent record store early tomorrow if you want to grab treasures like “Surfin Safari” by The Beach Boys on 10” vinyl; David Bowie’s “The Jean Genie” on 7” vinyl, Jellyfish’s Stack-A-Tracks CD; Joey Ramone’s Ya Know? Limited Edition Deluxe Album on CD; and Joan Jett’s Bad Reputation LP with Bonus CD.

Vinyl Beatles LPs: New and improved versions of Please Please Me, Rubber Soul, With The Beatles, Revolver, Abbey Road, Sgt. Pepper’s Lonely Hearts Club Band, The White Album, and others are now available individually ($22.99 - $34.99) or in a deluxe boxed set ($399.99). Chicago Tribune writer Mark Caro did a much better job of describing them than I could ever dream of doing.

Doctor Who Series Seven, Part One DVD: The British sci-fi series is sort of on a mid-term break, with the second half starting up again in early 2013. In the meantime, the first five episodes are now available on DVD. The Doctor’s adventures seem less apocalyptic and a bit more silly this year, (particularly in “Dinosaurs On A Spaceship” and “The Power Of Three”) but I actually prefer the lighthearted approach. Part One does have “The Angels Take Manhattan,” which brings the era of companions Amy and Rory to a sad end. They had really grown on me over the past few years, so I cried like a newborn while watching this. Luckily, distraught fans will be able to see that Amy (Karen Gillan) and Rory (Arthur Darville) are actually okay because one of the Bonus Features on this DVD shows them hanging out with The Doctor (Matt Smith) at this year’s Comic Con in San Diego.

Cellophane Flowers Beatles Outfits: Wilmette, IL-based designer Marcia Clark creates Beatles-inspired outfits, and other imaginative duds. She even gets famous models like Brad and Chloe from The Handcuffs to wear them in her ads. You can find Cellophane Flowers on Facebook. or contact Clark at marcia.cellophaneflowers@gmail.com if you’d like to order some hip threads.

Beatles Art by Shannon, Eric Cash, and Georgina Flood: Each of these artists specializes in The Beatles, along with other subject matter. You can purchase their work on original prints, mugs, t-shirts, and calendars. I’ve met all three at Fest For Beatles Fans - Chicago over the years, and they're very charming and talented people.

Live From The Archives Volume 14 CD: The latest in a series of CDs that feature exclusive concert performances that have aired on FM station, WXRT. Once again, sales will help fund the Rock For Kids organization, which helps provide music lessons for public school children; as well as the women’s shelter, Sarah’s Circle. It’s an essential purchase for those of us who have collected the previous 13 volumes, or for any loyal XRT listener. Given the diversity of the station’s programming, this year’s choices will appeal more to some than others, but there’s enough good stuff to please most alt rock fans. The artists include Wilco, Arcade Fire, The Shins, Garbage, The Wallflowers, The Head And The Heart, and Delta Spirit. Live From The Archives Volume 14 will be available at Target stores starting on December 4th.

Various CDs: Music is always a good choice for gifts, so feel free to browse the reviews I’ve done over the past few years for some worthy options. Also, check out your favorite bands online and see what new stuff they have to offer.

Fest For Beatles Fans Catalog: I just got the 28th Annual Fest For Beatles Fans Holiday Catalog in the mail yesterday, and as usual, it’s overflowing with every imaginable Beatles-emblazoned item. In addition to CDs, t-shirts, posters, DVDs, and books, this catalog offers belts, wallets, pajamas, sunglasses, hats, and puzzles, as well as iPad and laptop musicskins and iPhone hard shell cases for all those tech savvy Beatles fans on your list. And you can wrap up all your Beatles gifts in Beatles-themed wrapping paper. The Fest For Beatles Fans online store has even more items for sale. My only complaint is that I’d love to see these manufacturers spread the wealth around. Why not create some items depicting The Animals, The Kinks, Donovan, The Hollies, and other noteworthy contemporaries of the Fab Four?

Rock Art Show: This site sells art and photographs by and of musicians, and plans to unveil a new rare item each Monday of the 2012 holiday season. Each will be available only for that week. This week’s special is a limited edition, 20” x 26” framed gold-plated The Who Discography record. It will be interesting to see what other hard-to-find treasures they come up with in the coming weeks. It looks like you have to sign up for the Rock Art Show online newsletter to receive the offers.

Kickstarter Perks: This website enables musicians, artists, and filmmakers to solicit funds for projects that might not otherwise see the light of day. Most of the participants offer personalized, one-of-a-kind perks in exchange for donations. The larger the amount you pledge, the more cool the gift will be if the project meets its goal. A great way to get involved in the creative process, and get something in return.

Rock And Roll Hall Of Fame: The online gift store has a variety of colorful and imaginative items, including t-shirts, mugs, shot glasses, and desk accessories.

Genesis Gift Guide 2012: If you’ve got a lot of money to spend on yourself or that special someone for the holidays, check out the high-classed, hard bound, rock and roll-related books from Genesis. They have special editions covering The Beatles, Bruce Springsteen, Ron Wood, and others.

Also, check out the websites of your favorite bands for t-shirts, buttons, magnets, holiday songs, or other special items.

Have fun doing whatever form of shopping you prefer, and have a Happy Thanksgiving!
Posted by Terry Flamm at 3:35 PM