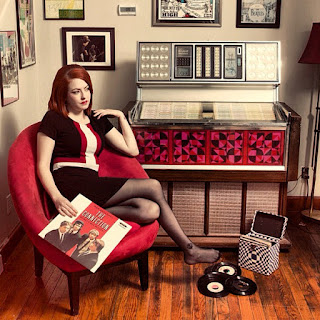 Photo (credited to @kittycaits) from Facebook page for The Connection.

International Pop Overthrow - Boston and some other points of interest.

Happy Birthday to guitarist-vocalist Dag Juhlin, who’s in more bands than the number of candles he’ll have on his cake today. Just to name a few: The Slugs, Poi Dog Pondering, and Expo 76. Juhlin most likely will be celebrating his birthday tonight at Simon’s Tavern, (5210 N. Clark) where Expo 76  will be performing an eclectic selection of cover tunes.

Crossfire Hurricane, the new documentary that’s said to provide an unflinching look at the band’s 50 years of performing and recording, airs tomorrow night on HBO. The documentary will be available on DVD and Blueray at some point in the future.

The Viaducts are playing their original garage rock songs at The Abbey Pub tomorrow night.

The penultimate stop on the International Pop Overthrow 2012 itinerary kicks off tonight in Boston. Promoter David Bash has 26 acts on tap for the event, which runs through Saturday at the Precinct club in Somerville. Lannie Flowers and Kurt Baker are probably the best known of the bunch, and followers of IPO are certainly familiar with world traveler and punk/pop veteran, Dave Rave. The IPO website has links to all the scheduled performers so it’s easy for fans to pick the ones that look interesting.

The website is also a great way to discover indie and power bands. A few noteworthy entries on the IPO - Boston lineup include the duo, Cat Sounds; the four-man group, Hannah Cranna and high-speed rockers, The Connection, who bill themselves as New England’s Newest Hit Makers. That’s just from a brief sampling; there are sure to be more worthy acts to check out and/or download on the  IPO - Boston schedule.
Posted by Terry Flamm at 3:48 PM