Doing Your Bid For A Good Cause 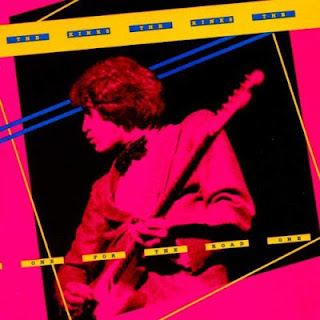 A copy of this record autographed by a kouple of Kinks will be on auction.

The 24th Annual Rock For Kids Rock & Roll Auction is coming up this Friday, November 16th at Park West in Chicago. Proceeds go toward helping Rock For Kids provide music lessons for students in Chicago Public Schools. WXRT is once again sponsoring the event, along with the Chicago Reader, Whole Foods, Jam Productions, Metro, and a few other companies. WXRT air personalities Lin Brehmer and Marty Lennartz will return as the evening’s hosts, and they keep things running smoothly, and often, comically.

There are 422 items this year, with starting bids as low as $20. Most opening bids are in the $50 to $100 range. There are a fair amount of items that start at $500, including a signed, dancing and singing James Brown doll. Cape and stage assistants sold separately. Just kidding, there’s only the doll. Those who can’t afford the more spectacular items can still get a kick from checking out these interesting artifacts.

Here are some of the items up for auction. Several would be right at home in the upstairs, closet-sized space I call my media room.

Fans of quirky sitcoms with heavily accented dialogue would love to own a stool that Jermaine and Bret from Flight of the Conchords signed after using it during their show at the Chicago Theater.

Other entertainment related items up for auction include guitars signed by Glen Hansard or Iron And Wine; t shirts signed by Van Halen or G Love; books signed by George Carlin, Gregg Allman, or Phil Lesh; and a Lenny Kravitz signed cardboard cut out. You can also bid on an opportunity to meet blues legend Buddy Guy.

For people with a sense of adventure, there’s an assortment of mystery boxes in the categories of CDs, Movies, Country, Chicago, (presumably the city, not the band), and TV. Each contains an assortment of autographed items that will only be revealed once the box has been purchased.

Tickets to the 24th Annual Rock For Kids Rock & Roll Auction are $75, but keep in mind, proceeds go to help a very worthy cause. And you just might pick up that perfect rock and roll treasure to add to your media room.
Posted by Terry Flamm at 10:41 PM