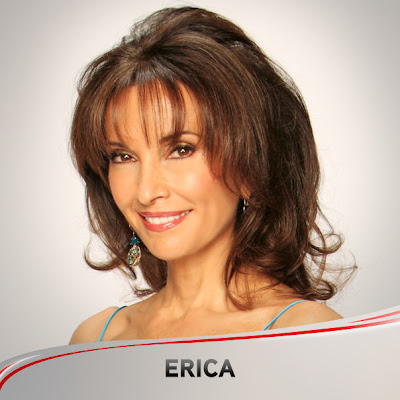 Sorry Erica, Jeff’s married.
In just a few months, the cast and crew of All My Children will tiptoe into the uncertain waters of web-only episodes of their long-running soap opera. As the young Jacob Marley noted upon welcoming the young Ebenezer Scrooge to his new company in A Christmas Carol, “The place will no doubt seem strange to you.” But if the AMC people look hard enough, they’ll see a friendly, bearded gentleman waiting to greet them. Not God or Santa Claus, but - - -
Yes, the weekly Internet show Sunday Morning Coffee With Jeff returns for its fourth season on October 2nd. Host and creator Jeff Kelley hopes to take the series in a slightly different direction, with less public domain footage and more original content. That poses a challenge. Public domain material is readily available from the Internet, although it can takes hours of treasure hunting to discover just the right unintentionally hilarious industrial or school film. Without it, Kelley, his wife Dawn, and son Mark will have to create more of their own bits for the show. There will also need to be more submissions from Willy Deal, as well as my wife Pam and me.
Kelley introduces each show and delivers monologues about life’s little annoyances. He’s created short animated pieces, profiles of dumb criminals, and trivia contests like Who Dat Artist? Deal’s On The Road With Willy reports combine humor involving out-of-control clones, with live footage of area bands. He’s also contributed some straight-up comedy bits. Pam and I created Manchester Gallery, a 20-part series of two-minute episodes for Season Two, and the Old Days, Roving Reporter, and What’s With Terry? bits last season. Hopefully, there will be some skits this season featuring Kelley, Deal, and myself. We’ve been talking about it for a while, but it’s a matter of finding the right time for all of us to get together.
Kelley has also been incorporating more indie rock music for Coffee, and is likely to continue in that vein. Also, look for short interviews with people about their hobbies, passions, and creative endeavors. Contributions are always welcome, so if you have a short piece you’d like to see on Sunday Morning Coffee With Jeff, be sure to tune in to the Season Four Premiere this weekend.