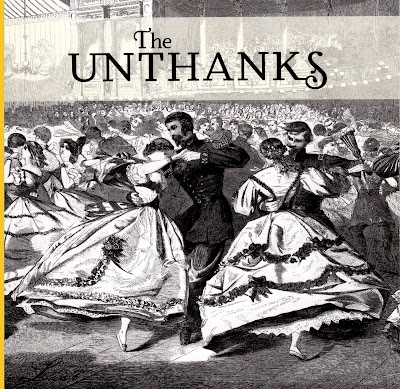 First, a quick update on musician Dan Pavelich’s goal to raise $750 to cover the cost of manufacturing and promoting Hi-Fi Christmas Vol. 3. All of the profits from this various artists holiday CD will go toward helping to find a cure for the blood disorder Von Willebrand’s Disease. Pavelich, the singer-rhythm guitarist for the Chicago power pop band The Bradburys, recently said he’s more than halfway there but only has three weeks left to reach the total.

While there are enticing giveaways for those who contribute $25 or more, any amount will will help. The first two volumes of Hi-Fi Christmas featured original and traditional songs from artists like The Spongetones, The Bradburys, and Jim Babjak of The Smithereens. So a donation will not only help fund some much needed research for Von Willebrand’s, it will bring another fun batch of power pop holiday tunes. Check out www.indiegogo.com/Hi-Fi-Christmas-Party-Volume-3-1 for info on how to help.

Here’s a CD review that originally appeared in the Illinois Entertainer. It’s the follow-up to the 2009 release Here’s The Tender Coming, which I reviewed previously on this blog.

The Unthanks once again conjure images of 19th Century England with lush harmonies and orchestral arrangements, even though Last features modern age compositions alongside traditional fare. The band, led by superb vocalists Rachel and Becky Unthanks, takes an approach that’s like slipping a black velvet glove over each song regardless of what era it came from. The results on this third release are exquisite, but at times constricting.

“Close The Coalhouse Door” was written by folk artist Alex Glasgow as a rousing protest against the coal mining industry, but The Unthanks replace political fury with a ghostly ambience that suggests a gothic novel. The band does better with a melodic cover of the Tom Waits tune, “No One Knows I’m Gone,” and crafts a stately air for King Crimson’s “Starless” as well as band member/producer Adrian McNally’s title track. The ethereal “Gan To The Kye,” and the playful “My Laddie Sits Ower Late Up” and “Canny Hobbie Elliott” showcase The Unthanks’ ability to bring centuries-old musical tales to life through inventive interpretations.