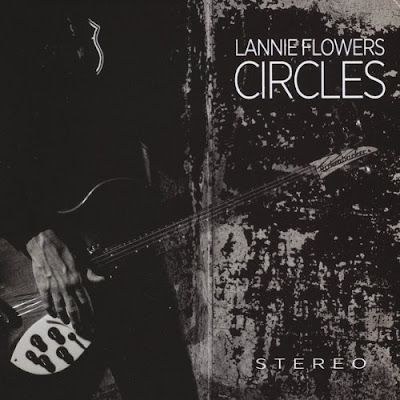 Circles, the second effort from Texas native Lannie Flowers, is a 15-song celebration of power pop that’s being released in CD format, as well as a three-sided vinyl record. The singer-guitarist, backed by a full band, creates catchy love songs that are reminiscent of The dB’s, and tap into mid-1960s Top 40 as well. Flowers played International Pop Overthrow - Chicago this past April, and he’ll be performing at Molly Malone’s as part of IPO - Los Angeles on July 29th.

“Looking For You” is a guitar-driven gem that has the immediate impact of a hit single, while “Turn Up Your Radio” honors the bond loyal listeners have with their favorite station. Flowers gets some help from Delbert Raines for the smooth harmonies on “I Don’t Know” and “Where Does Love Go?” which are tunes about not being sure where a relationship is going. On the Hollies-like “Not In Love” and the mid-tempo “Favorite Song,” it’s the guy who definitely wants out. The seductive “C’mon Over” is one of the more fun tracks on Circles, while the mostly acoustic “Just Like You” and bluesy “All Dressed Up” find Flowers succeeding with change-of-pace arrangements.