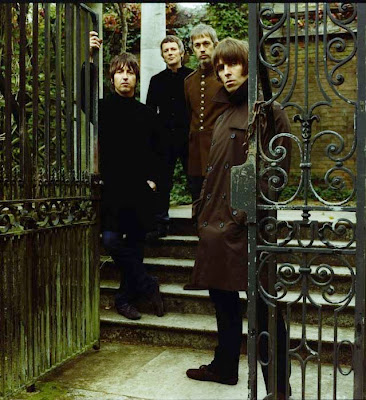 The post-Oasis band Beady Eye wastes no time on its debut CD proving that it can carry on nicely without vocalist-guitarist Noel Gallagher. “Four Letter Word” is a massive, freewheeling opening track that practically demands to be segued with one of Cheap Trick’s better songs on a mixed CD. That Beady Eye follows this monster with the acoustic, 1960s flavored “Millionaire” sets the stage for the way Different Gear, Still Speeding will keep shifting from one musical style to another throughout its 13 tracks.

Vocalist Liam Gallagher continues his long-time obsession with John Lennon, particularly on “The Roller,” a mid-tempo gem built on guitar and piano, and the epic, psychedelic ballad, “Wigwam.” He also tags his heroes in the high-speed and fun “Beatles And Stones,” proclaiming, “I’m gonna stand the test of time like Beatles and Stones.” There’s also some good time rock and roll to be found on “Bring The Light” and “Standing On The Edge Of Noise,” while Beady Eye takes a lighter approach with the lilting love song, “For Anyone” and the inspiring ballad, “The Morning Son.”

Different Gear, Still Speeding is filled with irresistible melodies and well-crafted lyrics, so it’s good to hear that Liam Gallagher has promised more CDs in the future. The band’s current tour includes a sold-out show at Metro in Chicago on June 18th.