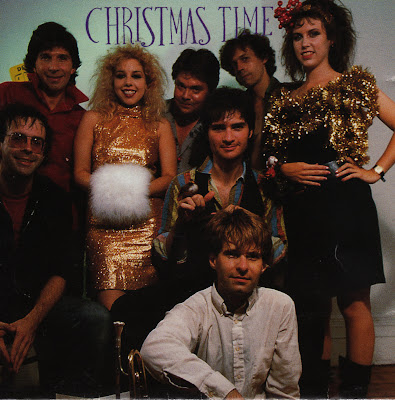 Here's another nod to the Noel season, reposted from 2009.

Host Chris Stamey, a founding member of The dB’s, kicked things off with them on the impossibly catchy “Christmas Time.” If you’re into making your own holiday mixed CDs, this is a perfect tune to pair with The Idea’s “It’s About That Time” from the Yuletunes compilation. Stamey also teamed up with vocalist-guitarist Wes Lachot for the wistful “Christmas Is The Only Time (I Think Of You)” and joined vocalist-keyboards player Cathy Harrington on the high-charged romance of “You’re What I Want For Christmas.” Harrington also entertained with her own festive song, “Sha La La.”

Big Star, the band most power pop musicians cite as a major influence, checked in with an original rocking hymn called “Jesus Christ,” and founder Alex Chilton offered a positively cozy acoustic version of “The Christmas Song.” Vocalist-guitarist Peter Holsapple of The dB’s (and later a touring member of R.E.M.) served up a simple but beautiful “O Holy Night” while acoustic guitarist Brent Lambert’s “Silent Nocturne” was an instrumental take on “Silent Night.” Brent Lambert and Kirsten Lambert performed a low-key but engaging “Silver Bells,” and singer Syd Straw handed out holiday puns with her rendition of “(I’m Always Touched By Your) Presence, Dear.”

The dB’s sounded like they were having a blast during the recording of this CD, especially on the high-speed “Holiday Spirit” and a totally loopy “Feliz Navidad.” In 2006, an expanded version of Christmas Time was released, with additional tracks from Don Dixon, Marshall Crenshaw, and other artists.