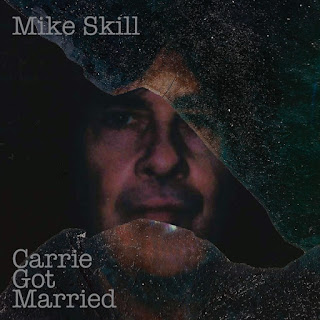 Lead guitarist-vocalist Mike Skill from The Romantics has a new catchy power pop single titled “Carrie Got Married” that’s available to download on CD Baby. The song is a sequel to The Romantics’ early hit “Tell It To Carrie” and was written by singer-guitarist Chloe F. Orwell from the Chicago band The Handcuffs. Orwell sings back-up vocals on the recording, and drummer Brad Elvis, who’s a member of The Romantics and The Handcuffs, backs Skill’s vocals and ringing guitar with some rocket-fueled drumming.

If you enjoyed the recent John Lennon Birthday Celebration /Abbey Road 50th Anniversary event organized by Ary Paloma Jeebie and Ellis Clark at Martyrs’—and that would be the only sensible reaction—check out the Phil Angotti and Friends Lennon Birthday Bash coming up at that same venue this Wednesday night. Like Ary and Ellis, Phil has a passion for Beatles music, as well as the expertise to bring the band’s song to life. He’s become a regular on the Apple Jam Stage at Fest For Beatles Fans - Chicago, and does tribute shows around town. This Wednesday, he’ll be joined by musicians Tom Ryan, Joe Camarillo, John San Juan, Tony Richards, and Steve Dawson.

Tickets are now on sale for Off Broadway at FitzGerald’s on November 29; and for Al Stewart and Empty Pockets at SPACE on May 1.

This past Sunday’s edition of the Chicago Tribune had a feature story by freelancer Donald Liebenson about Aaron Cohen’s new book Move On Up – Chicago Soul and Black Cultural Power. Cohen’s book covers the city’s urban contemporary music scene from the 1950s through the 1980s, and is available through the University Of Chicago Press. He’ll be discussing his book with Duane Powell at the Seminary Co-op Bookstore on October, and will also be at Constellation on October 11.
Posted by Terry Flamm at 9:03 PM