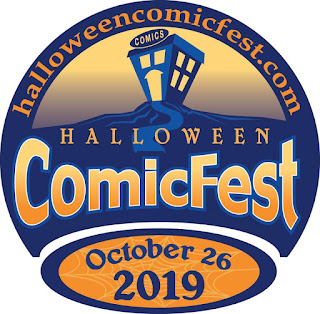 This is pretty much a rehash of events I’ve previously mentioned, but now all in one convenient and terrifying guide.

Montrose Saloon is the place for this year’s Halloweekend, a fun tradition where local bands perform as famous rock stars and often dress up like them. Tonight’s lineup is Los Gallos Band as Los Lobos; Roxy Morons as Roxy Music; The Webstirs as The Doobie Brothers; Androgynous Mustache as Hall and Oates; and Fiction Romantics as The Buzzcocks. Tomorrow night, Phil Angotti promises to go wandering as Bob Dylan; and he’ll be followed by Planet Claire as Neil Diamond; Statutes Of Liberty as Velvet Underground; Rachel Drew as Siouxsie and The Banshees; and The Stone Montroses as the Stone Roses.

The Old Town School Of Folk Music is having a family-oriented Spooky Singalong tomorrow morning at Maurer Hall and Sunday morning at Armitage Hall. Both shows start at 10:00 a.m.

The 7th Annual Halloween ComicFest takes place tomorrow, with participating comic stores offering candy and free comics. Patrons are encouraged to wear costumes. Check with your favorite comic store to see if it plans on being part of the fun.

Durty Nellie’s in Palatine has an event titled The Ghosts Of Rock Icons Past featuring Modern Day Romeos tomorrow night. Attendees are encouraged to dress up as famous rock stars who are no longer among the living and compete in a costume contest with over $500 in prizes.

The Pickwick Theatre in Park Ridge will offer a twin bill of the 1931 horror films Frankenstein and Dracula on October 30, as part of its Classic Film Series. Boris Karloff and Bela Lugosi are the stars, respectively. Admission is $12.

City Lit Theater Company is currently staging a production based on the most frightening of all the Sherlock Holmes novels—The Hound Of The Baskervilles. It runs through November 10. City Lit Theater is located at 1020 W. Bryn Mawr in Chicago.

The Music Box will be screening The Rocky Horror Picture Show at midnight tonight and tomorrow; and at 10:00 p.m. on Wednesday, October 30 and Halloween. Audience members are encouraged to participate.

There will be a Waking The Witch benefit for the Clinic Vest Project at The Empty Bottle on October 30, featuring DJ Claire Lyerla and DJ Ruby Des Jardins.

The Chicago Philharmonic will provide a live soundtrack when Tim Burton’s The Nightmare Before Christmas is screened at the Auditorium Theatre on Halloween and November 1.

Metro will present the Nocturna: All Hallow’s Eve Ball with DJ Scary Lady Sarah, and Sincy Vicious on November 1.

DJ Derrick Carter most likely get spooky at his Derrick Does Halloween gig at Smart Bar on October 31.

The town of Long Grove, once a popular destination for antiques, crafts, and gifts items, is showing signs of successfully reinventing itself after go through some tough times. Restaurants and coffee places are now leading the way. Long Grove has transformed itself into Halloween Town that will last through October 27.

For those who like getting their frights through professional drama, a Chris Jones review in the Chicago Tribune points to A Red Orchid Theatre’s current production of Grey House. Written by Chicago playwright Levi Holloway, Grey House shows what happens when a couple takes refuge in an isolated cabin inhabited by mysterious young girls and their equally unsettling mother. A Red Orchid Theatre is located at 1531 N. Wells Street; Grey House runs through December 1.

If scary and comedic short flicks are your thing, director-writer David Metzger’s This Zombie For Hire and director-writer Jeff Kelley’s Song Of The Dead can now be watched on YouTube. The films were screened last Saturday night as part of Elgin’s annual Nightmare On Chicago Street Halloween festival. Full disclosure: I acted in both of these films.

Finally, if you’re up for a flight to Liverpool in England, the Cavern Club is presenting Queen tribute band Classic Queen on Halloween night to commemorate the 49th anniversary of the actual, Freddie Mercury-led Queen’s first appearance at the venue.
Posted by Terry Flamm at 8:25 PM