A Birthday For Three Cool Cats And One Real One 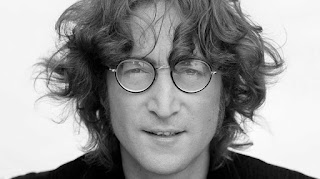 John Lennon was born on this day in 1940. Not only is his music still very much with us, his multi-faceted personality—wit, angst, compassion, and commitment to worthy causes—shines on as bright as ever. Depending on what time you read this, there might still be time to catch some of the Phil Angotti and Friends Lennon Tribute tonight at Martyrs’ on Lincoln Avenue.

John Entwistle, “The Ox” bass player from The Who, was born four years after Lennon, on the same day. Like Lennon, he emerged during the first British Invasion, and played an essential role in making The Who the one of rock’s most powerful and enduring bands.

Jackson Browne is celebrating his birthday today. A major star of the the singer-songwriter boom of the 1970s, he collaborated with The Eagles and became good friends with Crosby, Stills, Nash and Young. “Doctor My Eyes” and “Take It Easy” are just two of his songs that remain classic rock radio staples.

October 9, 1996 is the birthday of Penny, the first cat my wife and I picked out together, and a wonderful pet who made us laugh and seemed to read our every mood and need. She shows up in two of the novels I’m currently trying to get published, and it’s likely she’ll be in at least a few more. Maybe she’s sharing a drink with John Lennon somewhere right now. I think they’d enjoy each other’s sense of humor.

David Bowie’s birthday isn’t for a while, but Late Bar on Belmont Avenue is having an Oh, You Pretty Things: David Bowie and Friends Video Night this Friday. DJs Sonic Marchesa and Carrie MonStar will spin records from his entire career and there will a lot of music videos. Admission is $5 after 10 p.m.; Happy Hour is 8:00 to 10:00 p.m.
Posted by Terry Flamm at 9:00 PM