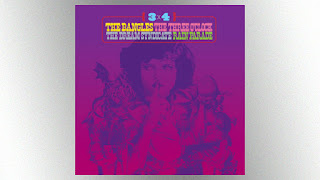 Maybe it’s due to the holiday season competition, but Black Friday Record Store Day has yet to match the fanatical devotion the April version continues to generate. Still, there are enough vinyl treasures in a variety of genres to make a wintry trip to your favorite record store this Friday morning worthwhile.

Number one on my wish list is the 3 X 4 double LP from The Bangles, The Three O’Clock; The Dream Syndicate, and Rain Parade on which they cover each other’s Paisley Underground songs. Here are a few of the other records I’m hoping to snag this time around: The Epic Archive Volume 2 (1980–1983) by Cheap Trick; “Take Me I’m Yours” seven-inch single by Difford & Tilbrook with ?uestlove and Robert Glasper; and “I Don’t Know”/“Come On To Me” seven-inch single by Paul McCartney.

Even though the colder weather and already established tradition of shopping department stores may cut down on your competition for RSD limited editions, it’s still advisable to get out there early. Afterwards, you can celebrate your successful hunt over a hot beverage (in my case, a chai tea latte) at a nearby Starbucks, Argo, or Dunkin Donuts.
Posted by Terry Flamm at 9:46 PM