The Imperial Sound – The New AM 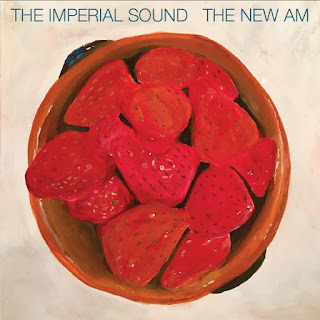 The Imperial Sound creates music that fits the neo-soul genre but goes beyond it in adventurous ways. The songs on the Chicago-based sextet’s debut effort The New AM also incorporate jazz, blues, and rock, with a dash of vintage supper club ambience for extra flavor. Although these guys are music scene veterans, this is a new approach for them, and they do wonders with it.

Special guests add to the fun, especially vocalists Nora O’Connor, Kathy Ruestow, Kelly Hogan, Peter Himmelman, Robert Cornelius, and Dag Juhlin. The Imperial Sound’s lead singer Rick Mosher does well with all of them; creating duets with O’Connor on the soulful “Yesterday,” a tale of a relationship gone sour, and Kathy Ruestow on the sexy tale “The Quarry.” Himmelman and Hogan bring sass to “Ain’t Crawling Back,” a clever take on a guy who’s not quite as over his ex as he claims.

Cornelius helps give “A Man Like You” a combination movie theme/hit single appeal as the band breaks loose behind him. Juhlin, a frequent collaborator with some of these guys on other projects, adds energetic back-up vocals to the more rocking numbers “You’ve Been A Fool” and “Get Along!” Throughout the 12 tracks, The New AM suggests The Imperial Sound would be a blast to see in a live performance.
Posted by Terry Flamm at 8:56 PM