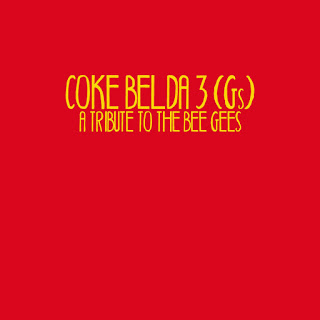 The Bee Gees weren’t exaggerating when they named one of their early records Rare, Precious And Beautiful, although they would later court a different following with funky dance-oriented material. Vocalist/multi-instrumentalist Coke Belda covers that full spectrum on his recent release (3) Gs - A Tribute To The Bee Gees. A native of Spain who now lives in Pittsburgh, Belda gives each track the easy-going allure of the band’s baroque pop era, even when he’s performing something from as late as 1987. This mix of singles and deep album cuts avoids the biggest hits (thankfully, there’s no “Jive Talking”) while concentrating on the exquisite melodies and eccentric lyrics that were Brothers Gibb trademarks.

“Claustrophobia,” a song from The Bee Gees’ early days in Australia, doesn’t so much kick off the album as float in like a feather. It’s a light, very British Invasion type song about a guy who feels the woman he’s dating has too many boyfriends. “You Win Again,” the track from 1987, also deals with too much competition in a relationship, and sports a mid-tempo arrangement with masterfully layered vocals. “Edge Of The Universe,” from the mid 70s Main Course album, finds Belda working with a soulful beat, and proves that regardless of the era, The Bee Gees loved crafting silly lyrics.

There’s plenty of clever wordplay on vintage gems like “Indian Gin And Whiskey Dry,” “Cucumber Castle,” and “Sir Geoffrey Save The World,” which has its title character, “Talking with lambs who came out of the skies.” Belda also effectively channels the different brothers’ vocal styles, particularly on the singles “First Of May,” “Gotta Get A Message To You” and “Run To Me.” But the highlight of (3) Gs - A Tribute To The Bee Gees is Belda’s breathless, power pop take on the energetic title track from Idea, the band’s million-selling third album.
Posted by Terry Flamm at 8:04 PM