The Backlot Bash, A Taste Of Polonia, And Bill Graham 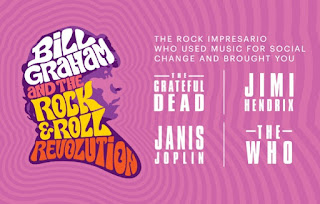 There will be a variety of live performances this coming weekend at the Backlot Bash in Skokie. A Flock Of Seagulls, The Alarm, and Devil In A Woodpile kick things off on Friday, August 25, with Soul Asylum, Frisbie, the Bach And Beethoven Ensemble among the acts scheduled for Saturday. On Sunday at 6:30 p.m., the renowned tribute act Tributosaurus becomes R.E.M. Admission for the Backlot Bash is free.

As previously mentioned here on BHT, Tributosaurus will become Tom Petty on September 1 as part of the Taste Of Polonia in Jefferson Park over the Labor Day weekend. Tribute bands will rule at this festival (along with several Polish acts), with Heartless covering Heart; Reely Dan covering Steely Dan; American English covering Herman’s Hermits; Beggars Banquest covering The Rolling Stones; and CTA covering Chicago. Of course, I was kidding about American English—they will be covering The Beatles.

Rock fans heading to Skokie next weekend for the Backlot Bash could tie that in with a visit to the Bill Graham And The Rock And Roll Revolution exhibition at the Illinois Holocaust Museum And Education Center at 9603 Woods Drive. Graham was an iconic music promoter who brought big names bands to the Fillmore concert venue in San Francisco, and later to the Fillmore East in New York. He is credited with helping the careers of Janis Joplin, The Grateful Dead, The Who, and Jimi Hendrix. The exhibition runs through Nov. 12.
Posted by Terry Flamm at 9:40 PM